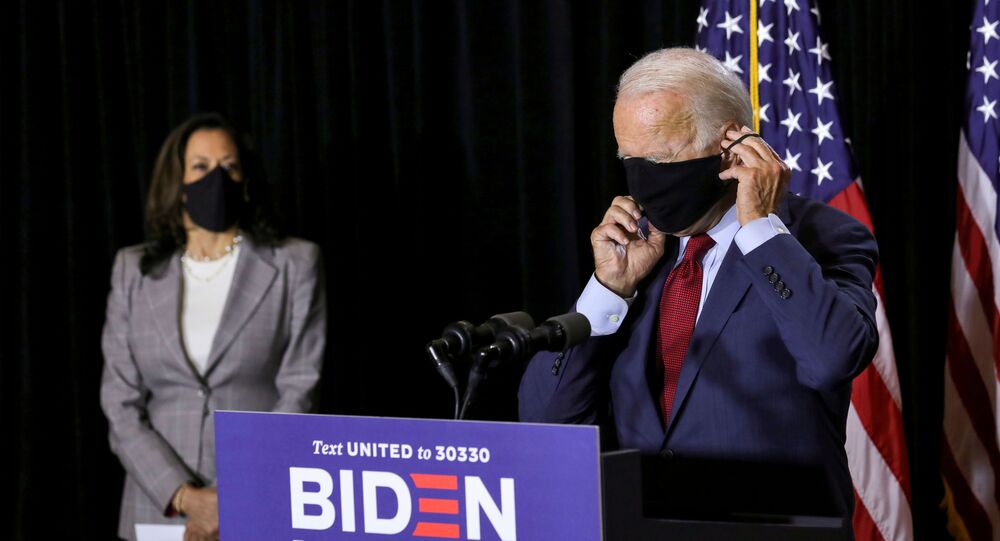 The president and members of his campaign have repeatedly asked whether the Democratic nominee for president is fit to serve, pointing to alleged signs of mental decline and his refusal to take a cognitive test.

Joe Biden has shot back at the Trump campaign’s claims that his mental capacities have been ‘diminished’, saying he could “absolutely” serve not just one term in office, but two.

“Watch me. Mr. President, watch me. Look at us both. Look at us both, what we say, what we do, what we control, what we know, what kind of shape we’re in. Come on,” Biden said, speaking to ABC News in an interview set to air Sunday night when asked to respond to the attacks.

Biden’s comments follow in the wake of questions by Donald Trump, members of his campaign and supporters regarding the Democratic candidate’s mental fitness, with Trump repeatedly suggesting that “something is going on” with Biden amid the latter’s tendency to mix up words and sentences or have apparent moments of temporary forgetfulness on the campaign trail earlier this year.

'This Guy Doesn't Come Out of His Basement'

On Monday, Trump announced his readiness to debate Biden in September, adding that “if Joe makes it through the debate…if he can make it off the stage and walk back unassisted, [the media] will say it was the greatest debate performance in history.”

Trump also complained about Biden’s disappearance from the public eye and his rare engagements with the media in recent weeks, suggesting that he keeps “saying to my people ‘here I am having bombs thrown at me every day by people that are totally, frankly dishonest reporters…but this guy doesn’t come out of his basement, and he hasn’t taken one question.”

Currently 77 years old and set to turn 78 in November, Biden would be the oldest person ever elected to the US presidency if he won, and be 86 years old if he completed two terms before retiring in January 2029. Donald Trump, himself currently the oldest president ever to step into office, began his presidency at age 70, and is currently 74 years old. If Trump won reelection and served a second term, he would be 78 years old when it came time to pass the baton in January 2025.

Biden has expressed sensitivity regarding his mental state in the past. Earlier this month, he asked a reporter if he was “a junkie” after being asked whether he had taken a cognitive test. “No, I haven’t taken a test. Why the hell would I take a test. Come on, man. That’s like saying you, before you got on this program, you take a test where you’re taking cocaine or not. What do you think? Huh? Are you a junkie?” Biden said in the testy exchange.

Trump, meanwhile, boasted about “acing” a “very hard” cognitive test in July which reportedly included checking his ability to name exotic animals, repeat sentences aloud, list words beginning with F, find similarities between words, and identify the current date, place and city he was in.