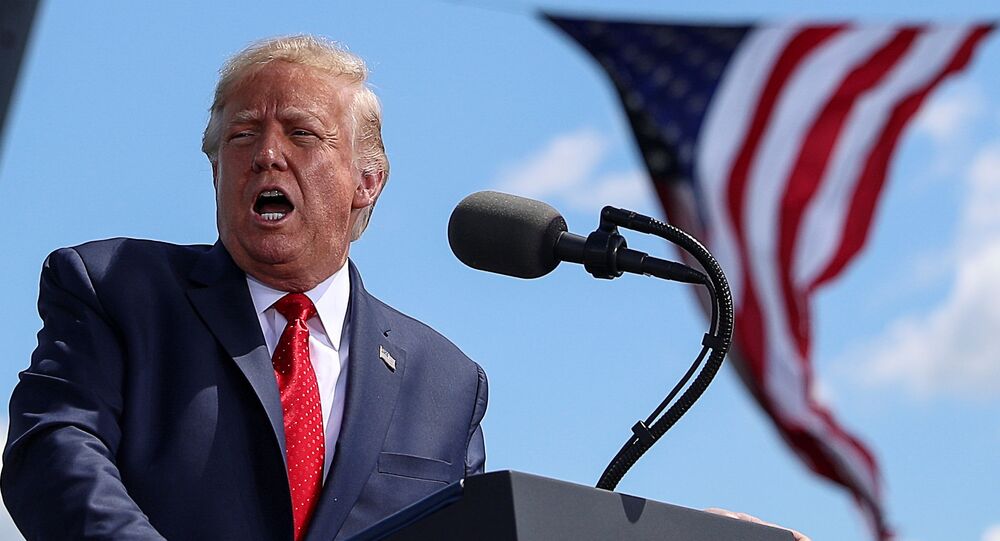 'Donald Is Cruel, He Has No Principles,’ Trump's Elder Sis Allegedly Said in Secretly-Recorded Call

83-year-old Maryanne had reportedly confided in her and Donald's niece Mary what the latter depicted in her explosive memoir “Too Much and Never Enough: How My Family Created the World's Most Dangerous Man”. The book of “falsehoods”, as it has been called by the White House, reportedly won the publisher’s favour and came out ahead of schedule.

Donald Trump's older sister Maryanne said her brother has “no principles”, and “you can't trust him”, accusing him of “lying” continuously throughout his presidency, according to an audio recording recorded in secret by the president's niece, Mary Trump, and obtained by the Washington Post.

83-year-old Maryanne Trump Barry took on the president for what she pejoratively dubbed his “phoniness” and called him “cruel" over his migrant policies on the Mexican border; securing the border has been among his priorities since he took power in 2016.

She didn’t reportedly stop at that, however, going on to take aim at POTUS’s intelligence, saying “he doesn't read” and cited his “five bankruptcies” as his sole accomplishments. Maryanne could be heard saying, as per the WP, that she did the “brat” Donald's homework and “drove him around New York City to try to get him into college” before naming Joe Shapiro as the man who took his exams.

The audios largely underpin many claims made by Trump’s niece Mary in her tell-all memoir “Too Much and Never Enough: How My Family Created the World's Most Dangerous Man” - including that Trump paid someone to take his SATs to enter university.

Mary alleges in the book that her uncle paid a friend named Joe Shapiro to do it for him to attend the University of Pennsylvania's iconic Wharton School of Business.

She has hitherto refused to reveal the source of this information laid out in her explosive memoir - despite being asked if it came from Maryanne: previously, she just insisted it was from “somebody who would have absolutely no reason to make it up”.

However, the recordings reveal it was Maryanne who confided in her about this event in a conversation on 1 November 2018. Incidentally, Shapiro's wife, Pam Shriver has recently refuted the claims, saying they contradict the timeline, as she said her husband Joe met Donald when they were already at university.

Maryanne's aforementioned comments were reportedly made in phone calls dated 2018 and 2019 with estranged niece Mary, who secretly recorded them but has since parted ways with the extended Trump family, publishing her tell-all this summer - the book slammed by the White House as a bunch of “falsehoods.” It moved to block its publication, citing a non-disclosure agreement and filed a lawsuit, but a court of appeal ultimately approved its publication after Mary's lawyers and the publisher challenged the court's initial decision.

The latest comments come a day after Trump held a funeral service for his and Maryanne's younger brother Robert, who died last week aged 71 - an event Maryanne reportedly didn’t attend.

Trump struck back at the claims Saturday night, telling Axios flippantly that  “every day it's something else, who cares”. He went on to shared that he misses Robert, congratulated himself over his “results” as president, which are now scrutinised ahead of his reelection bid in November.

“I miss my brother, and I'll continue to work hard for the American people,” Trump saying acknowledging that “not everyone agrees, but the results are obvious.”

“Our country will soon be stronger than ever before,” he rounded off.