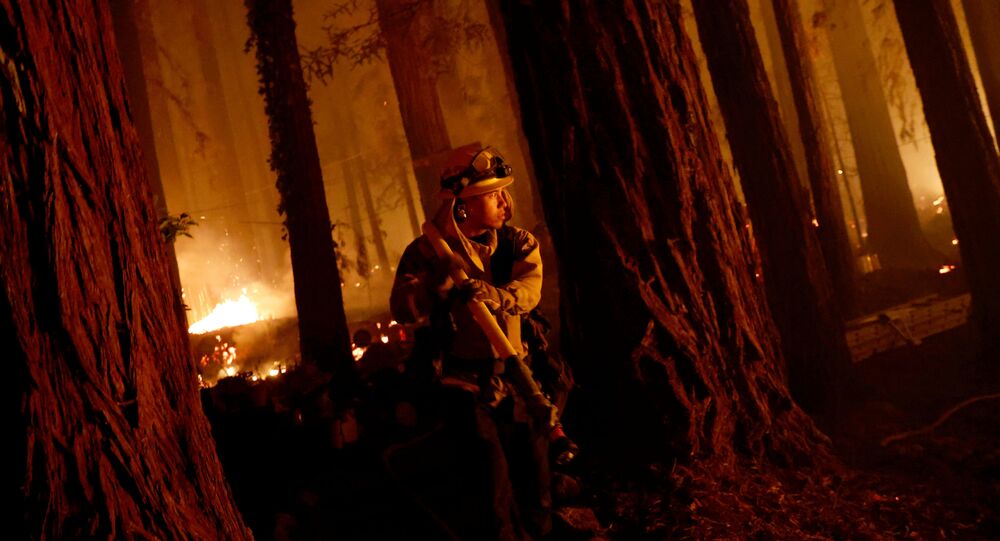 Currently, more than 550 wildfires are burning across the state, with 991 square miles affected and over 500 homes and other buildings destroyed, according to fire officials.

The US state of California has asked Australia and Canada to assist with containing the wildfires it has been struggling to get under control.

"We simply haven’t seen anything like this in many, many years”, Governor Gavin Newsom said, as quoted by The Guardian.

He added that Australia has "the world's best wildfire-fighters", recollecting that the country itself also experienced huge forest fires in January.

Currently, more than 12,000 personnel are fighting the fires in California, aided by special aircraft. According to the latest estimates, over 550 wildfires are burning across the state. More than 500 buildings have been destroyed and at least 100,000 people have been told to evacuate.

​Some of the fires were sparked by lightning, and meteorologists say that more thunderstorms are expected to hit the area.

10 other US states and Canada have sent aid to California, which includes extra firefighters and aircraft.