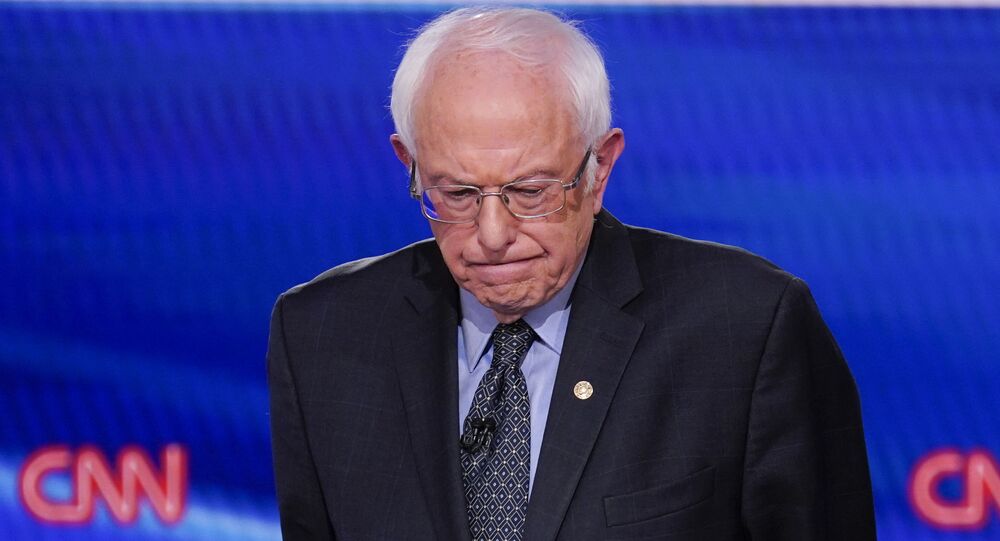 The Democratic Socialist runner-up to Joe Biden argued for a “coalition” with Republican establishment figures against President Donald Trump.

Democratic leftwinger Bernie Sanders says he wants a “serious debate” on his country’s future, but not until Joe Biden is elected president.

"We’re going to come together to defeat Trump", the Vermont senator told The Daily Show’s Trevor Noah, "and the day after Biden is elected, we’re going to have a serious debate about the future of this country".

Sanders lost out to Biden in the Democratic presidential nomination race earlier this year amid allegations of dirty tricks against his campaign – in an echo of his 2016 loss to Hillary Clinton.

The controversy this year centred around the first Democratic caucus in Iowa, where new results-gathering technology resulted in a three-day delay in reporting, and Biden and Pete Buttigieg were awarded more delegates than Sanders despite him winning more votes than either.

Emails from Democratic National Committee officials published by Wikileaks in 2016 revealed their disdain for Sanders and even worked to undermine his campaign.

Biden’s choice of rightwinger Kamala Harris as his running mate was also seen as a snub to the left of the party that performed well in the primaries.

The self-styled 'democratic socialist' admitted that his many supporters were disappointed "in many respects with the Democratic Party" which had failed to "deliver the goods for you" and "whose policies in many areas have not been significant in terms of protecting working people".

But he called for unity between Democratic radicals and moderates, and even backed an alliance with anti-Trump Republicans, a tactic which failed to win Hillary Clinton the 2016 election.

"What you’re seeing now is what I would call a united front of people of many different points of view", Sanders said.

"You have some honest conservatives who are saying you know what, I’m a conservative, but we gotta get rid of this guy because he is just not what America is supposed to be about", he added. "And you’re working with progressives. So this is what coalition politics is about".

Colin Powell, former secretary of state under George W Bush, was a guest speaker at the Democratic National Convention in Milwaukee, Wisconsin this week.

Powell memorably told the United Nations in 2003 that Iraq had weapons of mass destruction as justification for the looming US-led invasion.

Trump, an outsider to the Republican Party, criticised Bush’s wars in Afghanistan and Iraq in his 2016 election campaign. In February he endorsed a peace treaty with the Taliban to end the 18-year conflict.