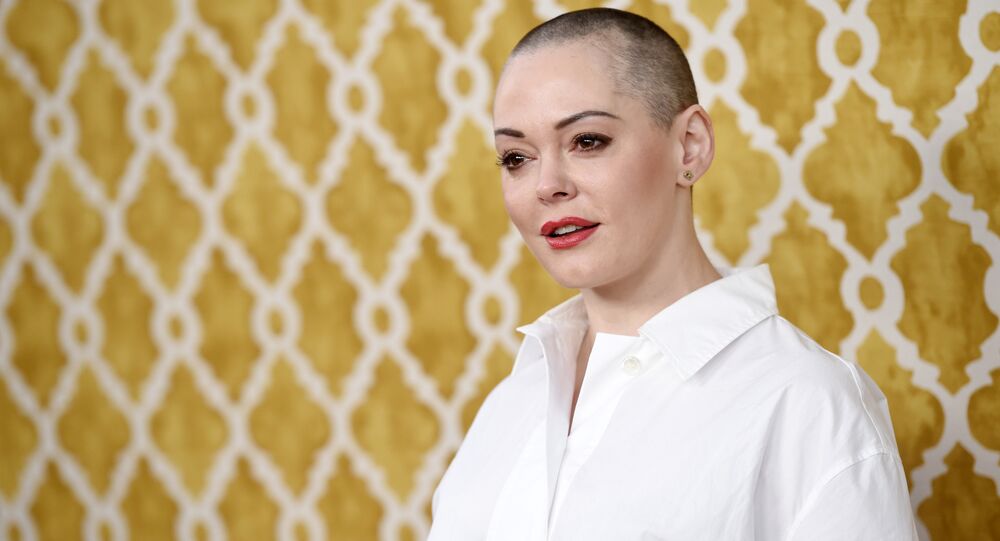 The Charmed star, who is known to have vehemently championed MeToo causes of late, dubbed ex-Vice President Joe Biden “the season of darkness” before depicting the “blue party” as a bunch of “frauds” and “the lie”.

Speaking right after he formally accepted his nomination during the fourth and final night of the party’s convention, the Charmed actress lambasted the former vice president as “the season of darkness”, thereby alluding to Biden’s acceptance speech, wherein he pledged allegiance to the light rather than darkness.

McGowan didn’t stop at that, however, proceeding to take digs at the Democratic Party in its entirety, blasting its establishment:

“What have the Democrats done to solve ANYTHING? Help the poor? No. Help black & brown people? No. Stop police brutality? No. Help single mothers? No. Help children? No. You have achieved nothing. NOTHING”, the actress declared, continuing her strongly worded rant:

Rose McGowan is among the few Hollywood personalities to have called out President Trump’s Democratic rival, drawing the public’s attention to fiery accusations brought against Biden by his former employee Tara Reade, who alleged in April this year that the then-senator physically abused her in 1993.

The presidential candidate denied the allegations following a month of silence, saying they are not true and "never happened". However, Reade’s claims underlie McGowan’s eager promotion of the #DropOutBiden campaign, which has demanded that Joe Biden ditch his presidential aspirations.