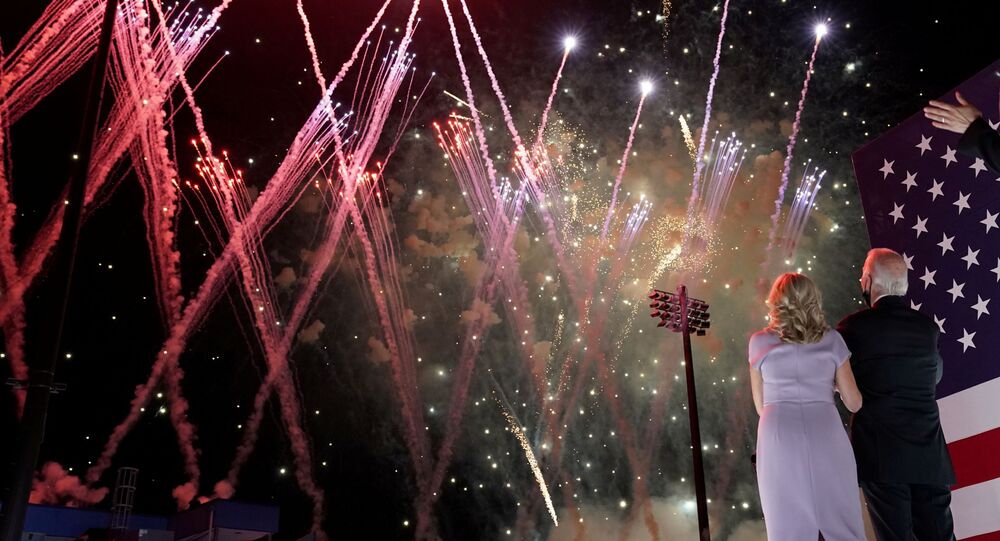 His speech drew inevitable comparisons to J.R.R. Tolkien’s fantasy epic The Lord of the Rings with his line "I will be an ally of the light, not of the darkness".

The 77-year-old former vice president evoked comparisons to Gandalf the Grey's valiant last stand against the Balrog on the bridge of Khazad-Dum in his speech at the Democratic National Convention in Milwaukee, Wisconsin on Thursday night.

#DemConvention Biden is the Gandalf of candidates. Affable, at times bumbling and gaff prone. Maybe not the leader we want, but the leader we've got. But in this speech he stood at the bridge, against the ensuing darkness we now face and defiantly stated "You shall not pass"

​"Here and now, I give you my word: If you entrust me with the presidency, I will draw on the best of us, not the worst", he said. "I will be an ally of the light, not of the darkness. It's time for us, for we the people, to come together".

Joe Biden just gave a Lord of the Rings speech and somehow it didn't feel like hyperbole.

So much for Sleepy Joe and Slow Joe. @realDonaldTrump is going to have to find a new nickname.

How about “the next President of the United States”?

​News broadcaster MSNBC even ran an item on how Biden helped a young boy overcome his stutter.

"I'm just a regular kid, and in a short amount of time Joe Biden made me more confident about something that's bothered me my whole life". pic.twitter.com/WnSAJBCubW

​But conservative tweeters took a sarcastic tone, with one obvious reference to Biden's controversial son Hunter, a co-speaker on Thursday night.

I won't vote for Joe Biden. But I'll admit that following this convention, and watching tonight particularly, has made me want to be a better dad.

​And conservative pundit Ann Coulter questioned Biden's ability to deliver a coherent speech in one take.

QUESTION: How do we know Biden's speech was live? Maybe he was doing different takes all day until they got one where he didn’t stumble all over himself.