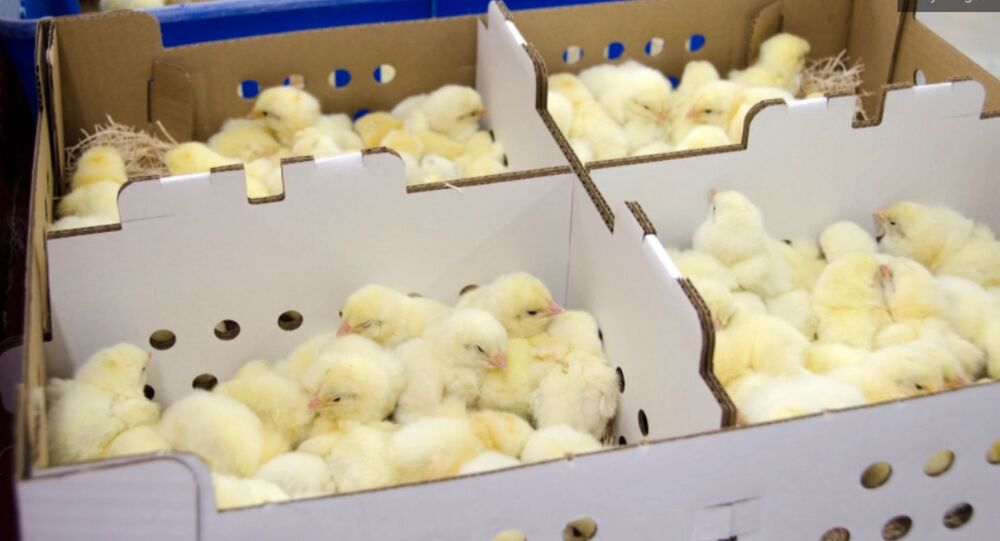 Poultry farmers in Maine are denouncing a massive increase in incidents of baby chicks dying en route to their farms, attributing the fatalities to operational changes recently implemented by the US Postal Service (USPS).

The USPS is vital for poultry farmers, due to the fact that no privately-owned companies ship live animals by mail. Since Maine has no hatcheries of its own, the state relies on shipments from other places to meet its poultry needs.

The chicks recently shipped via USPS mail that arrived dead have already cost Maine farmers thousands of dollars in losses, not to mention the sadness and unpleasantness of discovering such ghastly deliveries.

According to southern Maine newspaper the Portland Press Herald, last week, Pauline Henderson was aghast when she went to her local post office in New Sharon and picked up a shipment which was supposed to contain 800 live chicks sent from a hatchery in Pennsylvania.

Henderson, who owns and operates Pine Tree Poultry, a family farm and chicken meat processing facility that specializes in chicken pot pies, told the newspaper that all the chicks were dead upon arrival.

“We’ve never had a problem like this before,” stated Henderson on Wednesday. “Usually they arrive every three weeks like clockwork, and out of 100 birds you may have one or two that die in shipping.”

Henderson told the newspaper that the chicks shipped in the same amount of time they usually do; however, they appeared to have been mishandled while en route.

She added that thousands of birds that moved through the USPS processing center in Shrewsbury, Massachusetts, also died, affecting several farms in Maine as well as New Hampshire.

Postmaster General Louis DeJoy, a major donor to both US President Donald Trump’s campaign and the GOP generally who was appointed to his position in May of this year, has decided to implement what Trump termed “changes” in recent weeks, claiming he aims to make the USPS more “profitable.”

Under DeJoy, the USPS has seen several operational changes, including cuts to sorting equipment and a proposal to end all overtime for employees.

Rep. Chellie Pingree (D-ME) said in a letter to DeJoy and Agriculture Secretary Sonny Perdue that she has received several complaints about poultry in her district.

“It’s one more of the consequences of this disorganization, this sort of chaos they’ve created at the post office and nobody thought through when they were thinking of slowing down the mail,” Pingree stated.

She added, “And can you imagine, you have young kids and they are getting all excited about having a backyard flock and you go to the post office and that’s what you find?”

The USPS’ media contact for the Eastern US did not respond to a request for comment Wednesday, the Press Herald noted.