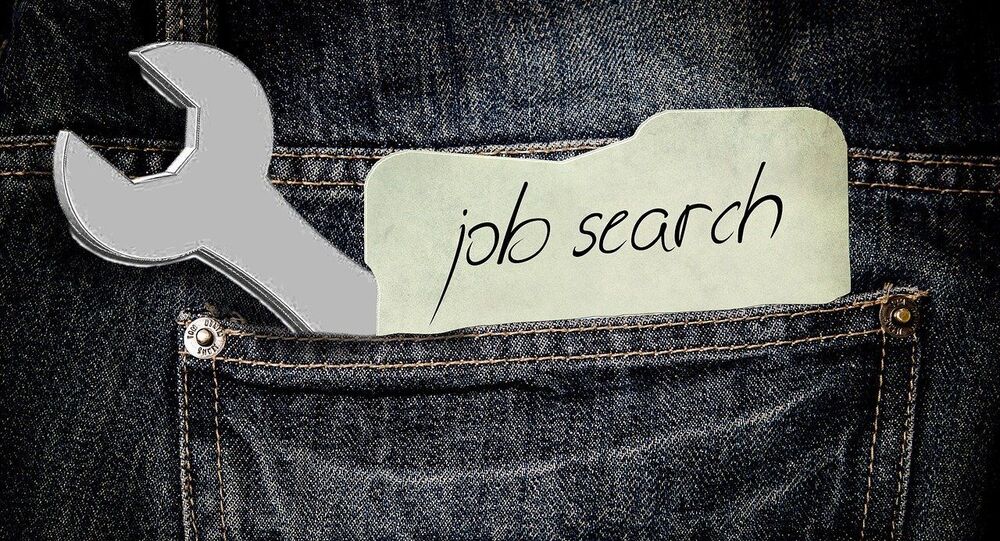 WASHINGTON (Sputnik) - Just over 1.1 million Americans filed for jobless benefits last week, the Labour Department said on Thursday, even with no certainty on when they would be paid amid a continued fight in Congress between President Donald Trump’s Republican party and its Democrats rivals on what the compensation should be.

“In the week ending August 15, the advance figure for seasonally adjusted initial claims was 1,106,000,” the Labor Department said in a news release. The latest number brought new weekly claims back above the 1 million mark after they briefly fell below that line in the previous week to Aug 8.

As the labour market continues to struggle under the weight of the pandemic, Republican and Democrat lawmakers remain at odds on what the laid-off workers should be getting as a weekly benefit under an upcoming coronavirus relief bill.

Trump signed on August 8 an executive order that jobless Americans be paid $400 weekly under an upcoming coronavirus stimulus bill, arguing that the $600 they got a week previously was “too generous” to the extent of preventing them from returning to work despite most businesses having reopened and operating regular hours, albeit with social distancing and other safety precautions.

The president, standing for re-election in November, needs as many Americans working as possible to revive the US economy from a record decline of nearly 33 percent in the second quarter, and a new coronavirus bill is seen as key to his plan.

Congress has so far passed four phases of the Coronavirus Aid, Relief and Economic Security (CARES) Act that have approved roughly $3 trillion to disburse as loans and grants to businesses, paycheck protection for workers and personal aid to qualifying US citizens.

© AP Photo / Mark Lennihan
US Stock Indices Drop at Opening as Weekly Jobless Claims Fall Below 1 Mln
The Democrats call Trump’s executive order, aimed at being a substitute relief to the CARES Act, “unconstitutional." They also say the weekly benefit of $400 he is proposing is unworkable, and want the original $600 payout restored in negotiations for a phase five of the CARES Act.

More than 5.53 million Americans have been infected by the COVID-19 so far, with a death toll reaching above 173,000, according to Johns Hopkins University.

A model by the University of Washington has predicted 200,000 coronavirus deaths in the United States by Oct. 1, casting doubts on economic recovery.