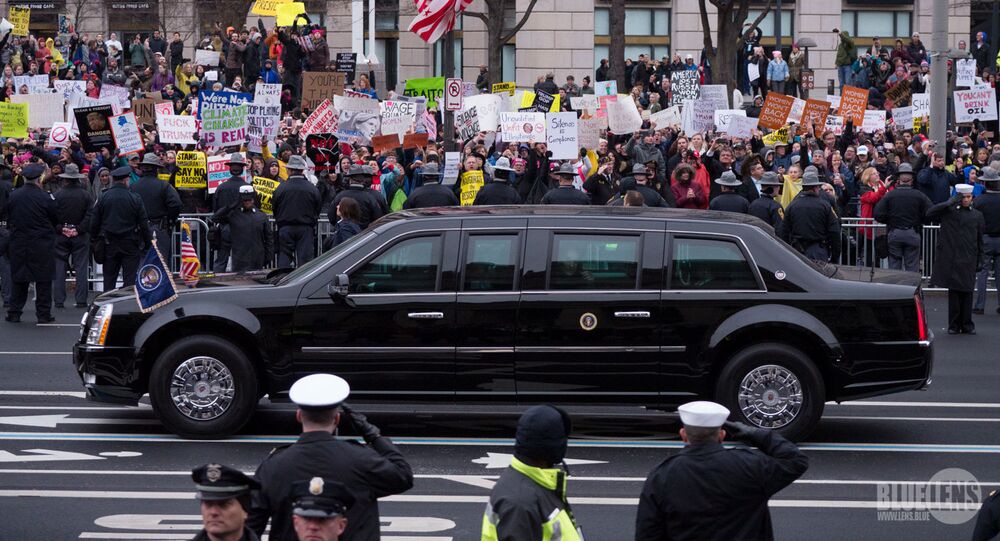 Oops, Awkward...Trump's Limo Equipped With Goodyear Tires He Has Recently Called to Boycott

On Wednesday, US President Donald Trump called for a boycott of Goodyear Tire & Rubber after leaks suggested that the company had banned its employees from wearing "Make America Great Again" hats.

It turns out that Donald Trump's limousine dubbed the "Beast", is equipped with Goodyear Kevlar-reinforced run-flat tires capable of running the armoured car during an emergency.

White House Press Secretary Kayleigh McEnany has refused to comment on whether they are planning to change the tires.

"I’m not going to comment on security matters", she said.

The US president recently slammed the company after leaks appeared on Twitter suggesting that within its "Zero Tolerance" policy, the company has banned its employees from wearing "MAGA" hats.

Don’t buy GOODYEAR TIRES - They announced a BAN ON MAGA HATS. Get better tires for far less! (This is what the Radical Left Democrats do. Two can play the same game, and we have to start playing it now!).

​The leaked photo was reportedly part of the company's "diversity" training and came from Goodyear’s corporate headquarters.

​Goodyear, however, issued a statement, saying that the leaked visual wasn't created or distributed by the company. According to the statement, the company asks its employees to refrain from any sort of political campaigning in the workplace.

Yesterday, Goodyear became the focus of a conversation that created some misconceptions about our policies and our company. Goodyear has always wholeheartedly supported both equality and law enforcement and will continue to do so. pic.twitter.com/oO6jUg2rTR

​Nevertheless, the president's call has received a positive response from some people on Twitter.

@goodyear getting new tires this weekend. And not YOURS https://t.co/DSUkdOa5xM

Spineless corporations can bow down to the radical mob and silence our voices, but standing with @realDonaldTrump and law enforcement won’t tire us out.

@goodyear discriminates against all people except BLM. A straight white man trying to protect an LGTBQ Person is brutally beaten by BLM/ANTIFA members and Goodyear supports BLM. Before you purchase tires research other companies.