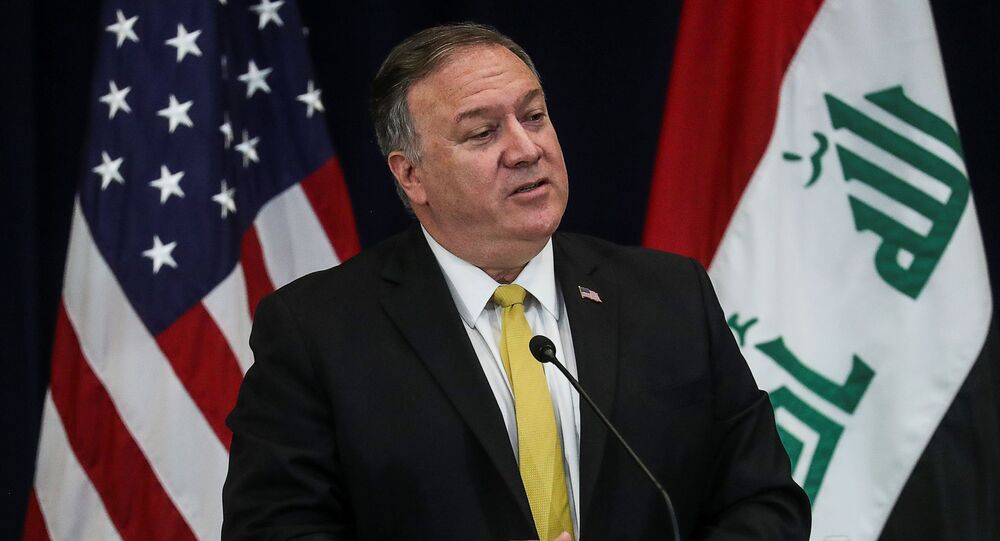 US to Hold Accountable Violators of Reinstated UN Sanctions Against Iran, Pompeo Says

WASHINGTON (Sputnik) - The United States is determined to enforce UN sanctions it intends to reinstate against Iran and penalize any violator, Secretary of State Mike Pompeo said in an interview.

Pompeo will travel to New York on Thursday and notify the United Nations Security Council that the US is initiating the process to restore international sanctions. Under the snapback clause of resolution 2231, sanctions, including the arms embargo, will be back in place 30 days later.

“Absolutely, we have already done that when we have seen any country violate our current, the current American sanctions”, Pompeo told FOX News, replying to a question if the US administration will hold China or Russia “accountable with sanctions too” if they refuse to comply. “We have held every nation accountable for that. We will do the same thing with respect to the broader UN Security Council sanctions as well".

The US announced plans to trigger the snapback mechanism to re-impose all UN sanctions against Iran - previously lifted under the 2015 nuclear agreement - after failing to get the UN Security Council to pass a resolution aiming to indefinitely extend the arms UN embargo on Iran. The arms embargo is set to expire in October under the terms of the nuclear agreement.

The snapback procedure is outlined in resolution 2231, which endorsed the nuclear agreement, and stipulates that if one of the signatories finds another to have taken actions which constitute significant non-performance of commitments under the accord, the UN Security Council would have a vote on whether to continue with the suspension of the sanctions against Iran.

To get the sanctions reinstated, the US needs to veto the resolution. The procedure is complicated, however, by the fact that the Americans unilaterally withdrew from the nuclear agreement on 8 May 2018.