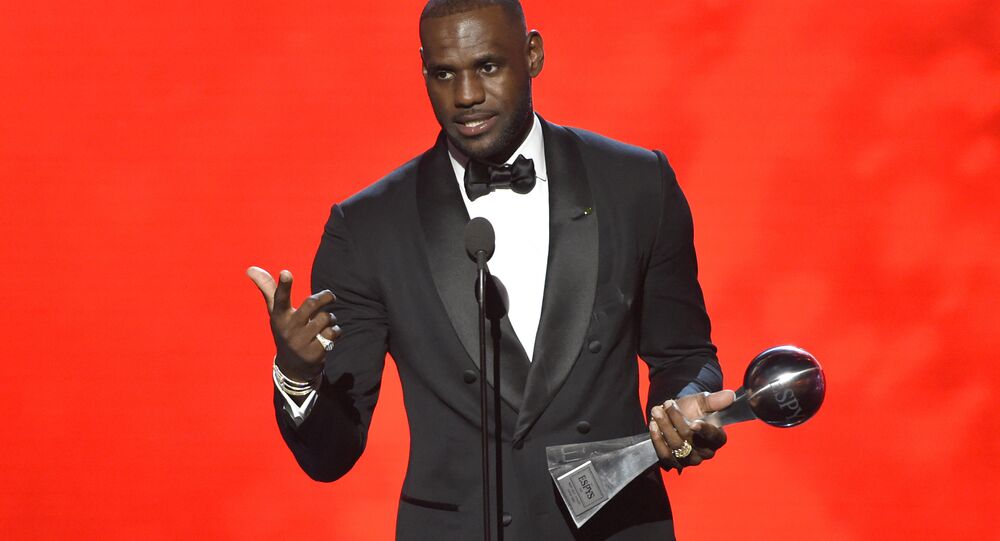 The 26-year-old African-American woman, who worked as an emergency medical technician, was shot eight times when officers entered her home during a narcotics investigation. Her death became a rallying cry at protests against racial discrimination and police brutality, which have swept the United States and other countries.

Los Angeles Lakers forward LeBron James was spotted wearing a modified MAGA cap calling for justice for Breonna Taylor. The red hat is associated with the political slogan Make America Great Again that has been used by Donald Trump since the 2016 presidential election. James’ cap read: "Make America Arrest The Cops Who Killed Breonna Taylor". The Los Angeles Lakers posted a photo of James and other players wearing the same cap as they left the hotel they were staying in.

​The athlete also wore the cap during a press conference after the Lakers lost the first game in the playoff against the Portland Trail Blazers. James, who is a harsh critic of Donald Trump – whom he once called a "bum" – and has recently been outspoken about racial discrimination and police brutality in the United States, called Breonna Taylor’s case unjust.

"[She] had a bright future and her life was taken away from her and there've been no arrests and no justice, not only for her but for her family. And we want to continue to shed light on that situation, which was unjust. That's what it's about”, the athlete said.

Breonna Taylor was killed in Louisville on 13 March during a no-knock search warrant – a court order authorising police officers to enter an individual’s home without permission. The warrant was part of a drug investigation. Breonna’s boyfriend Kenneth Walker, who thought that intruders were breaking in, took his licensed gun and fired a shot, injuring one officer. The police returned fire with 20 shots, eight of them hit Breonna. No drugs were found in her home.

Following the tragedy, police arrested Kenneth Walker on charges of attempted murder of a police officer. The charges were later dropped. For three months, the Louisville Metro Police Department did not react to the incident. After massive protests against police brutality and racism in the United States at the end of June, the police department fired one of the officers involved in the raid and placed two others on administrative leave.

Breonna’s family filed a lawsuit accusing the officers of battery, wrongful death, as well as excessive use of force and gross negligence. Experts say it is unlikely that they will be punished.