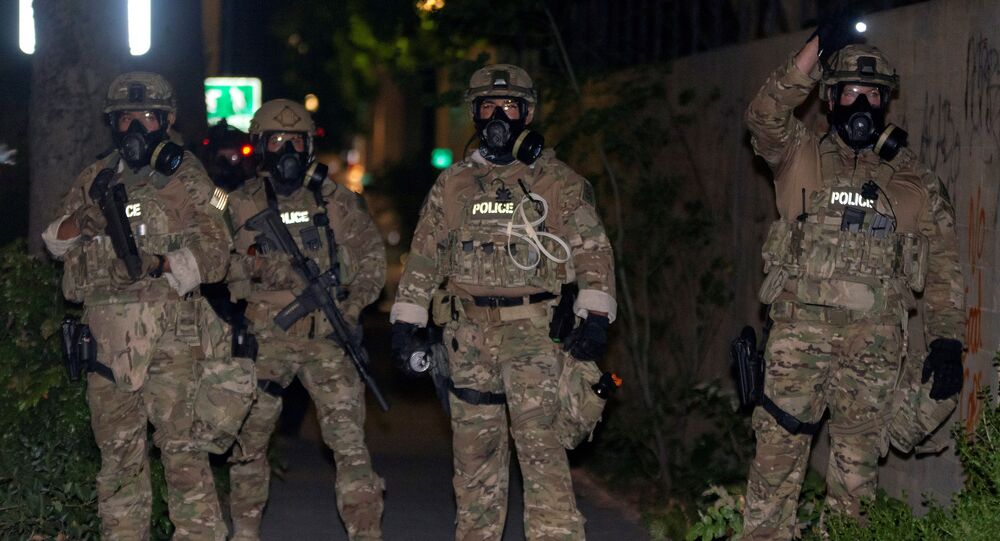 WASHINGTON (Sputnik) - Some 1,000 federal agents deployed across the United States to assist local law enforcement have suppressed an uptick in violent crime and made 1,500 arrests over the first six weeks of the campaign Operation Legend, US Attorney General William Barr said during a press conference on Wednesday.

"So far, the federal-state task forces involved in Operation Legend have made almost 1500 arrests. Many of those arrests are for violent state crimes, including more than 90 homicides", Barr said. "That’s more than 90 suspected killers who might still be on the streets without Operation Legend, and in many cities the operation is just getting started".

Under Operation Legend, the US federal government has dispatched to nine cities more than 1,000 additional agents who are embedded with state and local law enforcement units.

"Here in Kansas City, for example, we have deployed more than 185 additional agents from the FBI, DEA, ATF and US Marshals", Barr said, adding that the Trump administration has also allocated almost $80 million in grants to create additional police positions.

Operation Legend came in response to the latest violent crime spike in major US cities, especially homicides and non-fatal shootings. Barr attributed the increase to pent-up aggression prompted by state and local quarantine orders, and efforts to demonize police and defund their work, among other reasons.