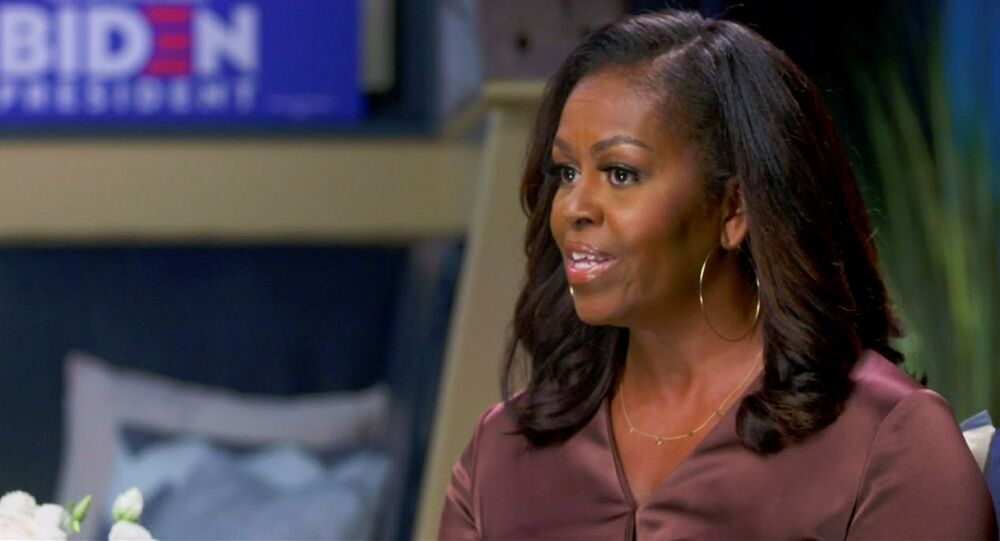 The former first lady’s 2013 speech, in which she called Harvey Weinstein a “good friend” keeps haunting her seven years on. The disgraced movie mogul, who once provided an internship to Obama’s oldest daughter Malia, became a central figure in the #MeToo movement and is serving a 23-year prison sentence for rape and sexual assault.

A video of Michelle Obama heaping praise on Harvey Weinstein resurfaced this week following her similarly enthusiastic endorsement of Joe Biden at the Democratic National Convention.

The then-first lady was filmed speaking at a White House student film symposium organised by the Hollywood producer in 2013.

She said at the event: "This is possible because of Harvey Weinstein. He is a wonderful human being, a good friend, and just a powerhouse. And the fact that he and his team took the time to make this happen for all of you should say something not about me or about this place, but about you".

​There has been a bit more between the Obamas and Weinstein than just good-faith partnership between cinema connoisseurs.

The powerful producer donated more than $45,000 to campaigns or PACs backing Barack Obama's two bids for the presidency.

Malia Obama, the former first couple’s oldest daughter, landed an internship at the Weinstein Company after he dad left office in 2017.

Later that year, reports broke that dozens of women had accused Weinstein of rape, sexual assault, and sexual abuse spanning a period of three decades.

Days after the accusations surfaced in the media, the Obamas issued a statement disavowing the powerful producer.

"Michelle and I have been disgusted by the recent reports about Harvey Weinstein. Any man who demeans and degrades women in such fashion needs to be condemned and held accountable, regardless of wealth or status", Obama said in the statement, praising the victims for coming forward.

A New York court in March sentenced Weinstein to 23 years in prison for rape and sexual assault. A separate trial is pending in Los Angeles, where he is facing similar sexual assault charges.

The video of Michelle Obama’s 2013 speech was dug out by Trump supporters following her pre-taped keynote address on the first night of the virtual Democratic National Convention on Monday.

She urged voters to cast their ballots for Joe Biden like their lives depend on it, attacking President Trump as a divisive and chaotic leader.

Trump hit back with a tweet crediting Barack Obama for helping him win in 2016. "Somebody please explain to Michelle Obama that Donald J. Trump would not be here, in the beautiful White House, if it weren't for the job done by your husband", he wrote. "Biden was merely an afterthought, a good reason for that very late and unenthusiastic endorsement".