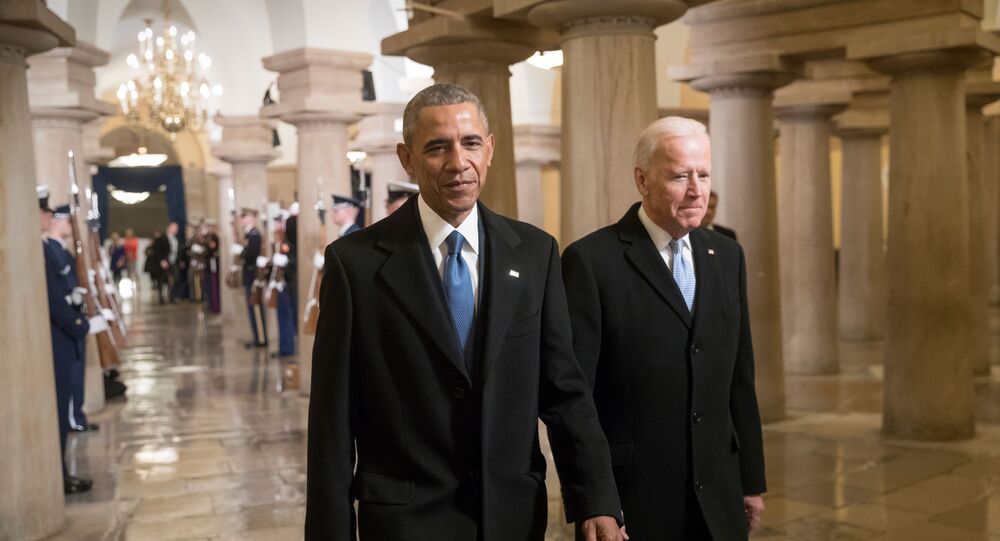 Michelle Obama gave a scathing address at the virtual Democratic National Convention on Monday, making the case for unseating Donald Trump as a divisive and non-empathetic leader.

President Donald Trump has said it was Barack Obama who helped him win the 2016 election, in a clapback against his wife Michelle’s comments last night.

"Somebody please explain to Michelle Obama that Donald J. Trump would not be here, in the beautiful White House, if it weren’t for the job done by your husband, Barack Obama", Trump tweeted.

"Biden was merely an afterthought, a good reason for that very late & unenthusiastic endorsement", he added.

Trump heaped praise on his administration's economic policy and invited Obama to "sit back and watch" as the nation deals with the coronavirus.

....My Administration and I built the greatest economy in history, of any country, turned it off, saved millions of lives, and now am building an even greater economy than it was before. Jobs are flowing, NASDAQ is already at a record high, the rest to follow. Sit back & watch!

​His tweet followed a withering pre-taped speech by Michelle Obama, aired at the Democratic National Convention. The former first lady, who has until now avoided directly criticising Trump, called him "the wrong president" for the country and singled out his handling of the pandemic.

"Americans look to the White House for leadership, they get chaos, division, and a total and utter lack of empathy", she said. "More than 150,000 people have died and our economy is in shambles because of a virus that this president downplayed for too long. It has left millions of people jobless".

The Democratic National Convention kicked off on Monday and is scheduled to wrap up on Thursday with Joe Biden accepting the party's presidential nomination.

Originally planned for Milwaukee, Wisconsin, the event has been condensed to just two hours of programming on each of the four nights due to lingering concerns over the virus.

The Republican National Convention will take place from 24 to 27 August, with GOP members expected to confirm Donald Trump’s candidacy in the November election.