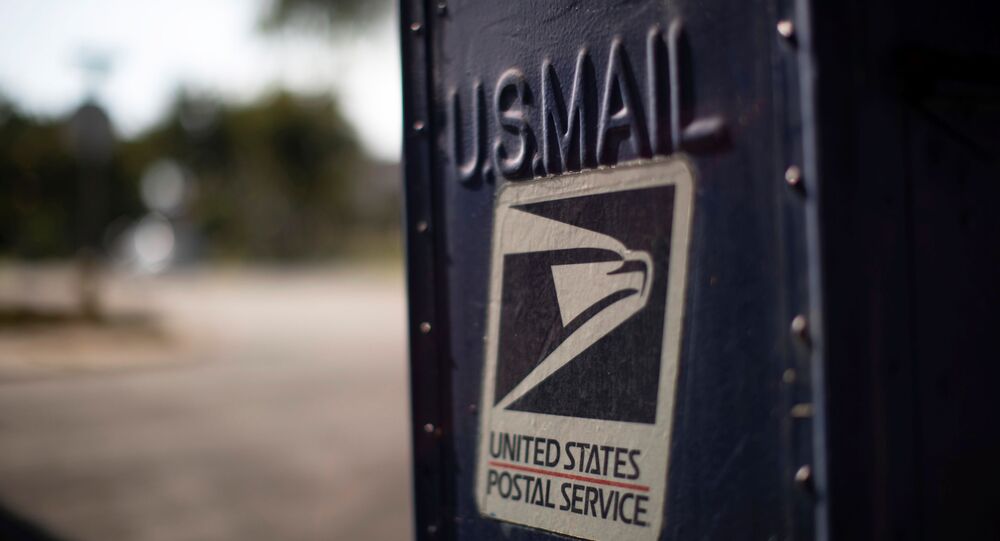 The US Postal Service has found itself in the middle of a partisan debate over who, and how, gets to vote in the November election. Democrats accuse Donald Trump of trying to steal the election by sabotaging mail-in voting, a process the president says is not protected against fraud.

Republican National Committee Chairwoman Ronna McDaniel has lashed out at Democrats for sounding the alarm about "disappearing" mail drop boxes.

In tweet on Monday, she singled out Sen. Catherine Cortez Masto of Nevada, who defended voting by mail and attacked Trump's efforts to undermine the process in a virtual speech at the Democratic National Convention.

Her comments came after the Trump campaign sued Nevada to block the state from mailing ballots to all registered voters in the November election.

"'Disappearing mailboxes' is their new collusion hoax. Where was their outrage when Obama & Biden removed over 12,000 of them?”, she tweeted, stating that Democrats are "politicising" the debate over the Postal Service to facilitate election fraud.

What’s new is Democrats’ politicizing the mail, and trying to have our elections decided by ballot harvesters. (2/4)

​Donald Trump has repeatedly claimed that mail-in voting – a system that sees voters receive and send their ballots by mail without needing to first request one – will lead to ballots being forged or "harvested" from mailboxes en masse.

The process is seeing wider use across the United States due to lingering concerns over the coronavirus, which has infected more than 5.4 million Americans and killed more than 170,000. Currently, nine states and the District of Columbia plan to hold all-mail elections.

Although evidence of fraud in previous elections is anecdotal (a recent Washington Post analysis found that just 0.0025 percent of votes cast by mail were possibly fraudulent in 2016 and 2018), the Trump campaign and Republicans have launched legal battles in several states to curtail mail-in voting.

There were reports from several states, including Oregon, Montana, Indiana, and New York, last week that blue mail collection boxes are being removed. Coupled with USPS warnings about potential mailing delays and reduced operating hours, this sparked accusations that Donald Trump may be trying to manipulate the upcoming election because people who vote remotely risk not delivering their ballots in time.

Thirty-two states require a mailed-in ballot to be received by Election Day, regardless of when it was postmarked, in order to be counted. At least 65,000 ballots from this year's primaries were rejected because they arrived too late, according to NPR.

USPS spokesman Rod Spurgeon insists that "we are not going to be removing any boxes" and that the service will wait until after the election to reevaluate the policy.

According to a 2016 report by the USPS watchdog, thousands of mailboxes were taken away during Barack Obama's tenure as well.

"Nationally the number of collection boxes declined by more than 12,000 in the past five years", the report said. "Some customers have complained the Postal Service has gone too far and removed most collection boxes, except those at the Post Office. In addition, they have questioned whether any cost savings result from collection box removals".

Donald Trump on Thursday admitted that he was blocking Democrats' efforts to include $25 billion in funds for the Postal Service in a new coronavirus bill, which gained no traction in the Senate and eventually stalled this month.

"They need that money in order to have the post office work so it can take all of these millions and millions of ballots", he said in an interview with Fox Business’s Maria Bartiromo. "If they don't get those two items, that means you can't have universal mail-in voting because they're not equipped to have it".