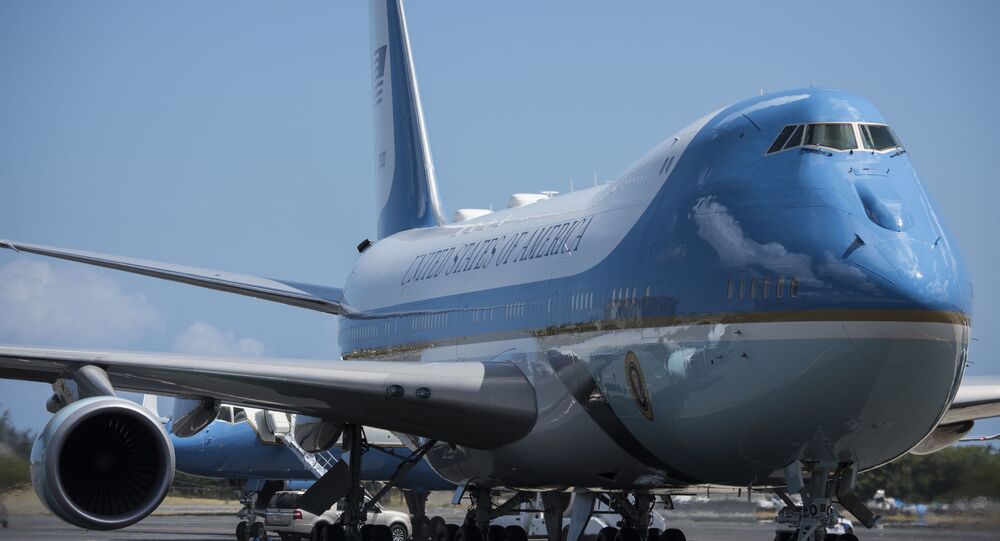 Air Force One, the Boeing C-32A aircraft famously known for transporting the US president, avoided hitting a drone over the weekend after what appeared to be an unmanned aerial system came shockingly close to the presidential plane.

The Drive reported that the heart-racing incident took place late Sunday as the plane was making its final approach onto the runway at Joint Base Andrews in Maryland’s Prince George’s County.

At the time, the plane was transporting US President Donald Trump and company to the military base after a brief stay at the Trump National Golf Club in Bedminster, New Jersey.

The close encounter was initially reported by AFP White House correspondent Sebastian Smith, who spotted “a small object” flying “remarkably close to the president’s plane” through a window as the plane descended.

“Resembled a drone though I’m no expert,” Smith added in a tweet describing the encounter.

The incident was noted by “multiple people” aboard Air Force One, according to Jennifer Jacobs, a senior White House reporter for Bloomberg News.

The 89th Airlift Wing, which is based at Joint Base Andrews and tasked with providing air transport to both the US president and vice president in addition to senior military commanders, has not yet commented on the Sunday mishap.

The identity of the drone operator is unknown, as are the intentions behind the close approach to Air Force One.

However, it’s worth noting that such a close flyby to a US government-owned aircraft is not completely unheard of. Aircraft aficionados are often noted as bypassing rules and regulations imposed by the US Federal Aviation Administration that prohibit the use of drones near airports, military installations or restricted airspace.

A collection of interactions between military aircraft and drones has been documented by The War Zone, which recently obtained records of “any fight incident, hazard or similar reports” documented by the Air Force Safety Center between 2013 and 2019.

One particular incident noted in The War Zone’s report recalls a March 13, 2019, altercation in which a C-17A Globemaster III assigned to Ohio’s 445th Airlift Wing was forced to execute “an evasive maneuver up” to avoid coming in contact with a drone that was flying within 50 feet of the airlifter. The report states that local police were called to investigate the incident.

The Air Force One near miss comes after the FAA issued new proposed drone regulations that could force operators to broadcast signals that allow law enforcement officials to identify and track said operators. The drafted measures have been overwhelmingly criticized, with more than 50,000 individuals expressing concerns over the changes.