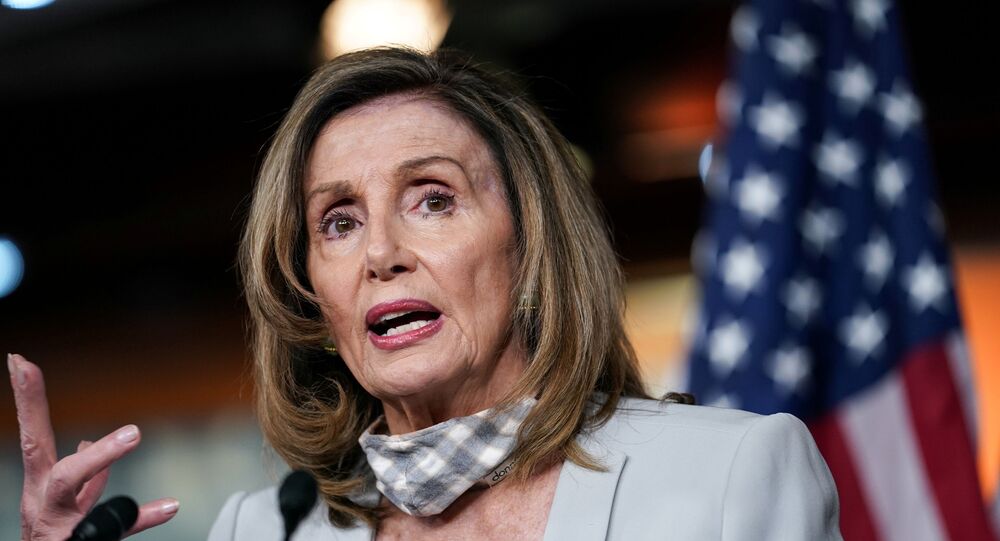 US President Donald Trump has been facing accusations from Democrats for "sabotaging" mail-in balloting in the upcoming presidential election by his reluctance to fund the US Postal Service over his opposition to voting by mail, which, according to the president, could lead to election fraud.

US Speaker of the House Nancy Pelosi has called the US House of Representatives back from its vacation recess to return to session, also summoning the Postmaster General and the chairman of the Postal Service Board of Governors to testify before Congress.

According to a statement from Pelosi's office, recent operational changes at the Postal Service "are slowing the mail and jeopardizing the integrity of the election".

"That is why I am calling upon the House to return to session later this week to vote on Oversight and Reform Committee Chairwoman [Carolyn] Maloney’s 'Delivering for America Act,' which prohibits the Postal Service from implementing any changes to operations or level of service it had in place on January 1, 2020," Pelosi said.

She called on the House chairman, Ron Johnson, to initiate a hearing with Trump's newly-appointed Postmaster General, Louis DeJoy and USPS Board of Governors Chairman Mike Duncan "as soon as next week".

"The President has explicitly stated his intention to manipulate the Postal Service to deny eligible voters access to the ballot in pursuit of his own re-election. Alarmingly, the Postmaster General – a Trump mega-donor – has acted as an accomplice in the President’s campaign to cheat in the election, as he launches sweeping new operational changes that degrade delivery standards and delay the mail", Pelosi said.

Today, @SenSchumer, @RepMaloney & @SenGaryPeters join me in an urgent call for Postmaster General DeJoy and @USPS Board of Governors Chair Duncan to testify before the Congress. https://t.co/U1Jg03vaKd

Earlier in July, the USPS warned state election officials that difficulties could emerge in voting by mail, following sudden changes in delivery policies by DeJoy and financial troubles that the agency has been struggling with, partially exacerbated by the coronavirus-caused crisis.

This comes as Trump - who, alongside his wife, has voted by mail for years - admitted to holding up coronavirus relief aid to the country and to the Postal Service, expressing concerns that the money may be used to streamline mail-in balloting; something that he opposes, fearing it might cause "election fraud".

"Now, they need that money in order to make the Post Office work, so it can take all of these millions and millions of ballots", Trump said in an interview with Fox Business' Maria Bartiromo. "That's election money basically. If they don't get those two items, that means you can't have universal mail-in voting".

Trump, however, expressed his readiness to fund the Postal Service if Democrats "gave us what we want", without elaborating on specifics.

His move was seen as an attempt to sabotage mail-in balloting or as a "crime" that should be investigated, and Trump has met blistering criticism from Democrats, state election officials and many media figures.

Contrary to the desires and actions of POTUS, Democrats enthusiastically support mail-in voting, seeing it as a safer option for people to cast their vote in the upcoming presidential election amid the coronavirus pandemic.