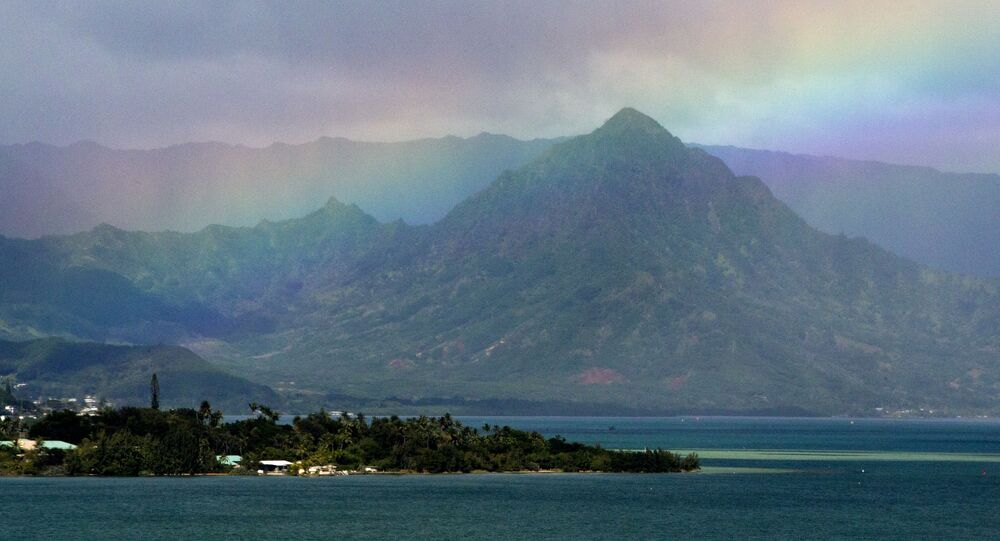 While the state of Hawaii has restrictions in place to protect disappearing shorelines, wealthy property owners have found loopholes to construct their beach homes. Residents will soon be joined by former US President Barack Obama, whose administration, among other achievements, stressed the importance of environmentalism.

A beach property development on Oahu, Hawaii's 3rd-largest island, where former President Barack Obama and his family vacations, used a planning loophole to keep a seawall that is potentially causing environmental damage to the local area, ProPublica reported on Saturday.

State officials and community leaders said that Obama - who plans to reside in the $8.7 million compound on Oahu's Waimanalo Beach in the future - saw this property purchased by close friend and chairman of the Obama Foundation board, Marty Nesbitt, in 2015.

ProPublica reports that permits indicate that three homes, two pools, and a security perimeter on the property are to be constructed, after tearing down an existing mansion on the site - a set used in the 1980s US television series "Magnum, P.I.".

Nesbitt, who also sits as a co-CEO of a Chicago-based private-equity firm, told ProPublica that he has taken steps “consistent with and informed by the analysis of our consultants, and the laws, regulations and perspectives of the State of Hawaii” and that any damage the structure may have caused to Waimnalao Beach occurred decades ago and "is no longer relevant".

The century-old seawall will remain, due to due loophole that permits sellers to an easement on the seawall in return for a one-time payment of $61,400 to the local government. This contradicts warnings by environmental experts who say that the structure can cause coastal damage and beach erosion.

Reportedly acquired through Hawaii's Department of Land and Natural Resources, the easement gives developers the right to effectively lease public land underneath the seawall for up to 55 years.

Over 120 property owners have received similar seawall easements from state officials, a joint investigation by the Honolulu Star-Advertiser and ProPublica revealed, including for business and real estate executives from Hawaii, the mainland US and Japan, as well as a Honolulu City Council chairman, and a former hedge fund managing director.

Some recipients have forked out payments in the hundreds of thousands to circumvent regulations intended to protect the shoreline.

Building permits reportedly reveal that developers are looking toward an expansion of the seawall, while residents note that local beaches have nearly disappeared.

According to research from Hawaii's School of Ocean and Earth, Science and Technology, the area has experienced the loss of one-quarter of its beaches around the island of Oahu due to legal seawall construction that has been approved by the state.

"Had city, state, and federal staff operated in an integrated fashion, focused on a single over-riding policy to ― to protect and preserve the natural shoreline, this unconscionable level of environmental destruction probably would not have happened", researchers said.

A regional government spokesman, Dan Dennison, said, however, that most applications involve seawalls in coastline areas where there is little to no beach and that rarely would removing an old structure improve beach width or public access.

When asked why officials did not consider a sea-level rise when granting access to easements, he described environmental erosion as inevitable.

“Coastal structures such as seawalls will invariably be damaged and maintained as long as possible during the lease term until the property is overwhelmed by flooding, erosion and wave inundation due to sea level rise”, Dennison pointed out.

The Department of Land and Natural Resources has responded to concerns over climate change. In 2019, the agency limited the term of a new easement, from 55 years to 25 years.

Officials claim they typically adhere to the lower limit for new easements, though they can be extended.

This follows a similar purchase, by the Obamas, of a seven-bedroom mansion on Martha’s Vineyard in Massachusetts last year, raising some eyebrows over the former president's warnings that sea levels will continue to rise due to climate change.

Michelle Obama Says She Has 'Low-Grade Depression', Partly Because of Trump Administration