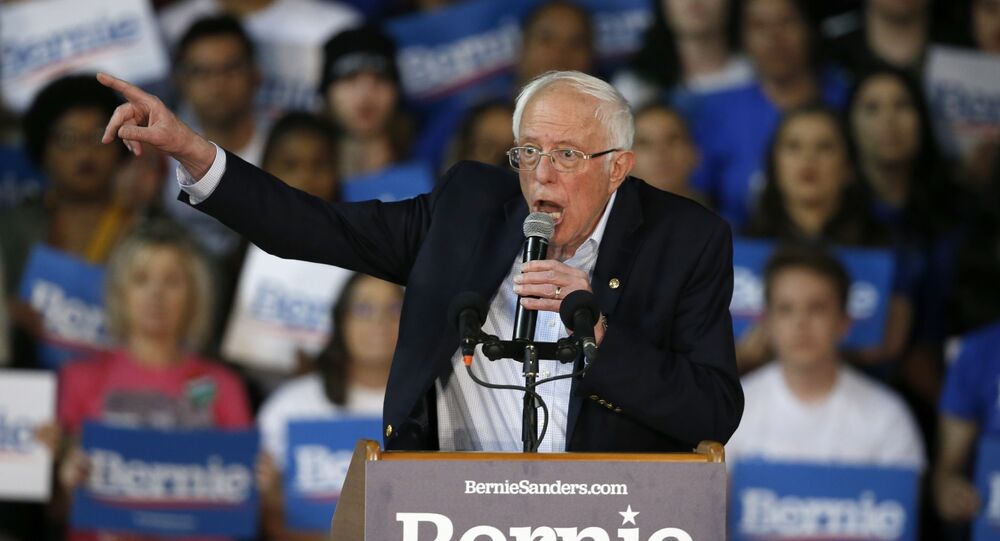 On 16 August, the House demanded that leaders of the US Postal Service testify at an upcoming emergency oversight hearing on mail delays.

US Democratic Senator Bernie Sanders has stepped forward to address the current situation surrounding the US postal service, as US President Donald Trump continues to criticize mail-in voting

During his recent appearance on NBC's "Meet the Press", Sanders accused Trump of "sabotaging our democracy", claiming that POTUS aims to "destroy the postal service" in order to hamper the people's ability for mail-in voting in an apparent belief that a "lower voter turnout will work for him".

"So this is a deliberate effort to defund and destroy the US Postal Service so the people cannot engage in mail-in ballots. That's not Bernie Sanders talking, that's what Donald Trump is telling the American people, and it is an outrage", the senator declared.

He also insisted that the Congress should bring back both its chambers to deal with the situation at hand, warning that “this is a crisis for American democracy", and that they should "act now".

"This, again, is not a debate about the Postal Service alone," Sanders said. "That's important. This is about the future of American democracy and whether people have a right to participate."

Meanwhile, the House demanded that leaders of the US Postal Service testify at an emergency oversight hearing on 24 August on mail delays.

Earlier this month, US Postmaster General Louis DeJoy announced large scale reforms and restructuring to the Postal Service would take place, which led to 20 postal executives being reassigned or removed.