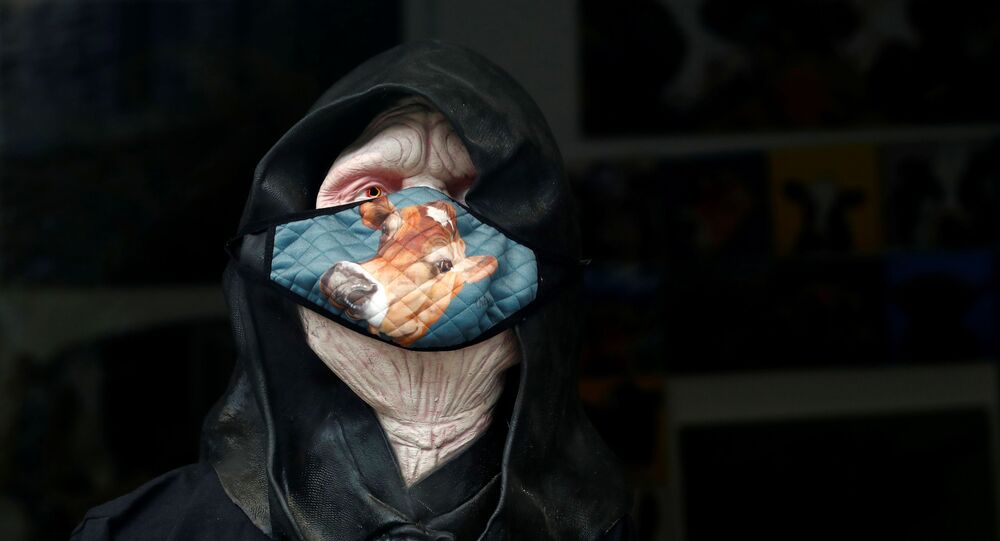 Over 1,300 inmates at the Corrigan-Radgowski Correctional Center in Montville, Connecticut, were said to have contracted COVID-19, with at least 7 deaths, prompting officials to take measures to stop the spread of the virus, including providing all prisoners with face masks.

US Officials at the Corrigan-Radgowski Correctional Center in Montville Town, Connecticut said that one of the prisoners, named Daniel Ocasio, has committed suicide in his cell, allegedly using a face mask, TMZ reported on Saturday.

The 32-year-old man, said to be detained at the correctional centre since 5 August on a third-degree burglary charge and held on a $10,000 bond, was found dead behind bars with a ligature from the cloth mask tied around his neck. Officials said that the mask was issued to him, as well as to all other inmates, as part of the prison’s fight against COVID-19 spreading inside the facility.

The Connecticut Department of Correction said that Ocasio was sent to a local hospital for medical help, where he was proclaimed dead, after officials at the prison found his body in the cell at around 5 am on Wednesday.

The local medical examiner's office concluded Ocasio’s death had been a suicide by hanging, according to TMZ.

An investigation into the mysterious circumstances of his death has reportedly been launched by the DoC.

Eight Soldiers Killed, Over 14 Injured in Suicide Bomb Attack at Military Base in Mogadishu, Somalia