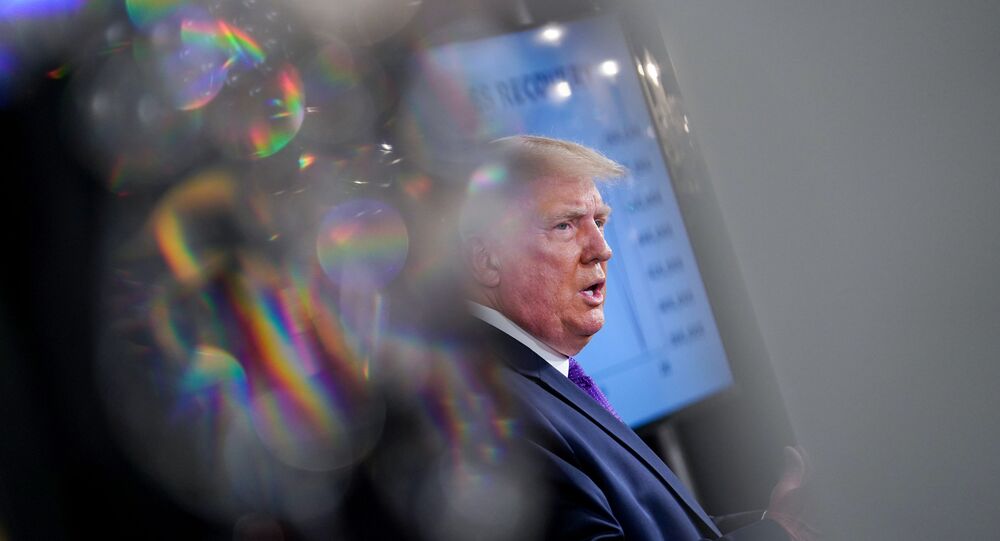 More Bans? Trump Considers Prohibiting Alibaba From Operating in US

After recently having announced his intention to ban Chinese-owned video app platform TikTok, US President Donald Trump has now moved to considering a prohibition on other tech companies based in China.

US President Donald Trump hinted that he may be considering a ban on Chinese firm Alibaba from operating in the United States during a press conference on Saturday.

"Well, yeah. We are looking at other things," Trump said.

The Alibaba company specializes on e-commerce, retail, Internet and technology, with AliExpress, a popular online-shopping service, an additional asset.

Trump's hint at a potential prohibition of "other things" comes amid his criticism of TikTok, a popular video app platform, that faces a ban from operating in the United States unless its parent company sells the brand to an American-owned firm within 90 days.

The demand for resale met with criticism in Beijing, that insisted the move would violate US free market principles. ByteDance, the parent company of the app, has been forced into negotiations with several American companies, including Microsoft and reportedly Twitter, over a possible purchase of TikTok.

Accused of posing a threat to US national security, TikTok denied a "dependence" on the Chinese Communist Party.

Pressure against TikTok falls in line with the Trump administration verbally attacking China and blaming Beijing for a range of internal and global issues, including alleged "meddling" in the presidential election by the use of TikTok and tech giant Huawei. Recent accusations against Beijing by the Trump White House include being behind the coronavirus pandemic, which the president prefers to label "the China plague".