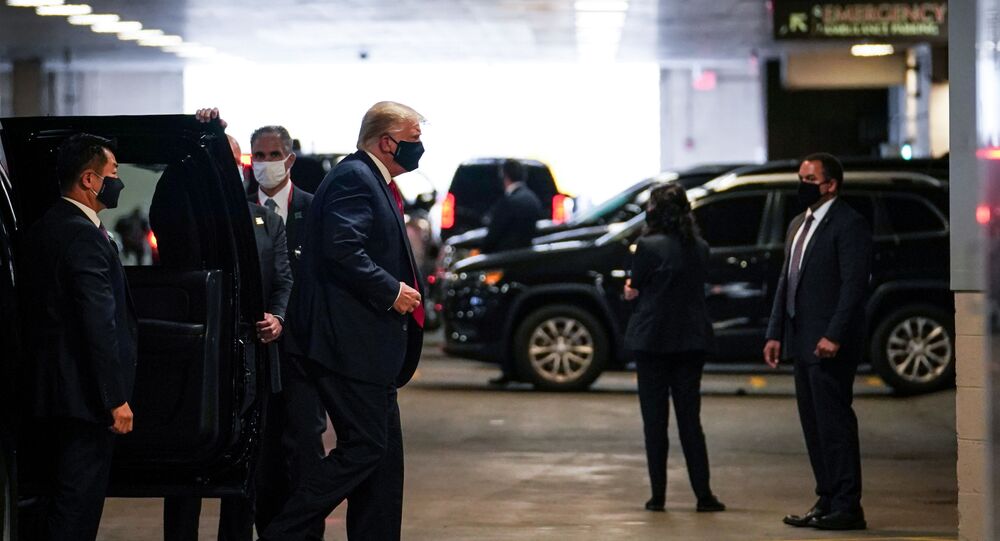 In June, US President Donald Trump’s younger brother, Robert Trump, was admitted to Manhattan’s Mount Sinai Hospital in “serious condition”, where he spent over a week in the intensive-care unit. On Friday, the real estate developer, who was an executive in the family business, was again returned to the hospital.

US President Donald Trump on Friday afternoon following a news conference at the White House traveled to visit his younger brother Robert Trump who has been hospitalized in New York.

The president told reporters that his “wonderful brother” is “having a hard time” after Robert Trump was sent to New York Presbyterian Medical Center on the Upper East Side of Manhattan earlier in the day with an unspecified ailment.

“I have a wonderful brother. We’ve had a great relationship for a long time – for from Day One. It’s a long time ago. And he is in the hospital right now. Hopefully he’ll be all right, but he’s having a hard time,” the president said in response to a reporter's question about Robert Trump's heath.

Trump was seen in a video arriving at the New York hospital at around 4:15 p.m. EST. He left the medical campus approximately 45 minutes later, heading for his private country club in Bedminster, New Jersey, according to The New York Post.

Though his ailment has not yet been revealed, the  72-year-old businessman, who managed the Trump Organization's real estate holdings outside Manhattan, is said to be “very ill”.

On 7 July, the Daily Beast reported that the president’s younger brother spent at least 11 days in an intensive care unit at Manhattan’s Mount Sinai Hospital, where he was reported to be in “serious condition”. The illness has not been revealed. However, he was put in an ICU specializing in “compassionate care of patients who suffer from subarachnoid hemorrhage, acute ischemic stroke, intracerebral hemorrhage, subdural hematomas, coma, tumors of the brain and spine, severe or prolonged seizures, neuro-infections, spinal cord injury among others,” according to reports.