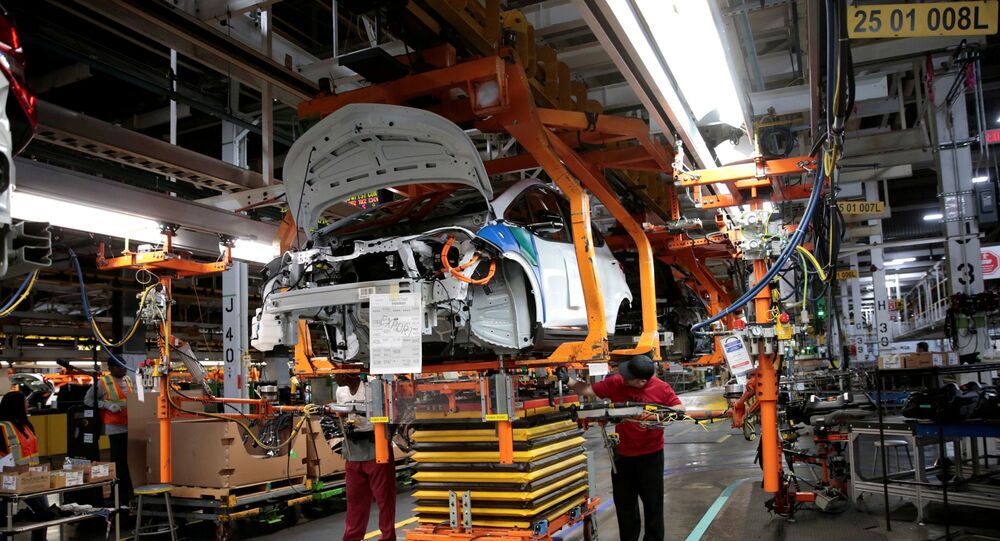 WASHINGTON (Sputnik) - US industrial production growth slowed to 3 percent in July, from June’s 5.7 percent expansion, as a new wave of COVID-19 infections hit the world’s largest economy, the Federal Reserve said on Friday.

"Total industrial production rose 3.0 percent in July after increasing 5.7 percent in June", the Fed said in comments accompanying the data.

Industrial production, which tracks production at manufacturing plants, mines and power generators, had tumbled by a revised 12.7 percent in May, according to the Federal Reserve, which added that the July number came in 8.4 percent below February’s pre-pandemic level.

The slowing in industrial production data coincided with the slide in US retail sales growth in July, which slowed to 1.2 percent from June’s 8.4 percent expansion, the Census Bureau said in data issued earlier on Friday.

More than 5.25 million Americans have been infected by COVID-19 since March and over 167,000 have died. California, the largest individual state economy in the 50-state nation, on Friday became the first to report over 600,000 COVID-19 cases of its own amid tighter observance of social distancing and other safety precautions that hammered regular business activity.

The US economy shrank 5 percent in the first three months of 2020 and nearly 33 percent in the second quarter to hand the United States its worst recession in history as most of the 50 states in the country went into lockdown to stem the outbreak of the virus. While most businesses have reopened from May, another explosion of COVID-19 infections  since mid-June have strained recovery.