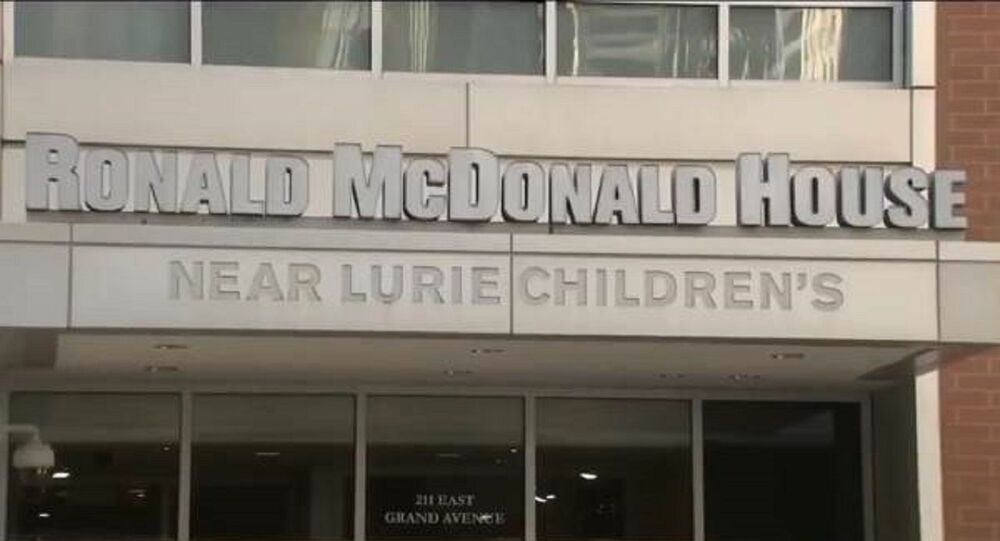 A Ronald McDonald House located in the heart of downtown Chicago in the Streeterville neighborhood, hosts and provides support to hospitalized children and their families while the child receives medical care in neighbouring Lurie Children’s Hospital and other local facilities.

Looters vandalized a Ronald McDonald House near Lurie Children’s Hospital in Chicago’s Streeterville neighborhood, while sick children and their families were sleeping inside, in the early hours of Monday morning, according to Lisa Mitchell, a spokeswoman for Ronald McDonald House Charities, on Tuesday.

“[We were] very concerned there was a lot of activity right in front of the house, people making choices that could put them at risk and put our families at risk so the staff was frightened,” Mitchell told ABC 7 Chicago. “They are already in a really, really difficult spot, and having this kind of additional stress and worry about getting to and from the hospital even-though we are 5 blocks away because of safety concerns is just doubling the strain”.

Looters smash the doors of the Ronald McDonald House in Streeterville with families and their sick children inside: pic.twitter.com/H1hkwJBaIv

Mitchell said that there were more than 30 families along with staff members and volunteers inside the facility as the vandalizing took place.

According to CBS Chicago, looters smashed a number of windows in the building. It was reported that staff had boarded up the front door and were helplessly watching from the inside. No injuries were reported.

The Ronald McDonald House Charities said it will continue providing its services to families with hospitalized children, despite looting and rioting taking place in response to a Sunday police shooting in which a young man was injured.

“We’re here for families at all times — whether there’s a pandemic or civil unrest, we need to make sure that we are here allowing families to get the rest they need while they have a child in the hospital seeking care, and so it’s so important that anything that might be going on outside, we maintain our care for families,” Mitchell said, cited by The Washington Times.

On Sunday, rioting and looting began in Chicago after police shot a suspect who had opened fire on officers while trying to escape arrest. Police arrested at least 100 people and over a dozen police officers were said to have been injured during clashes in the centre of the city.

Chicago Mayor Lori Lightfoot denounced the looting and vandalism, and placed the city under lockdown for the “foreseen days”.

“These individuals engaged in what only could be described as brazen and extensive criminal looting and destruction,” Lightfoot said during a Monday press conference. “To be clear, this had nothing to do with legitimate, protected First Amendment expression”.

In an incident unrelated to the Ronald McDonald House vandalism, during a rally in support of those arrested during Sunday's riots in Chicago, Ariel Atkins, an organizer with the Chicago Black Lives Matter movement, claimed that looting during anti-racism protests should be looked at as “reparations”.

People Gather for Rally in Support of Police in Chicago - Video