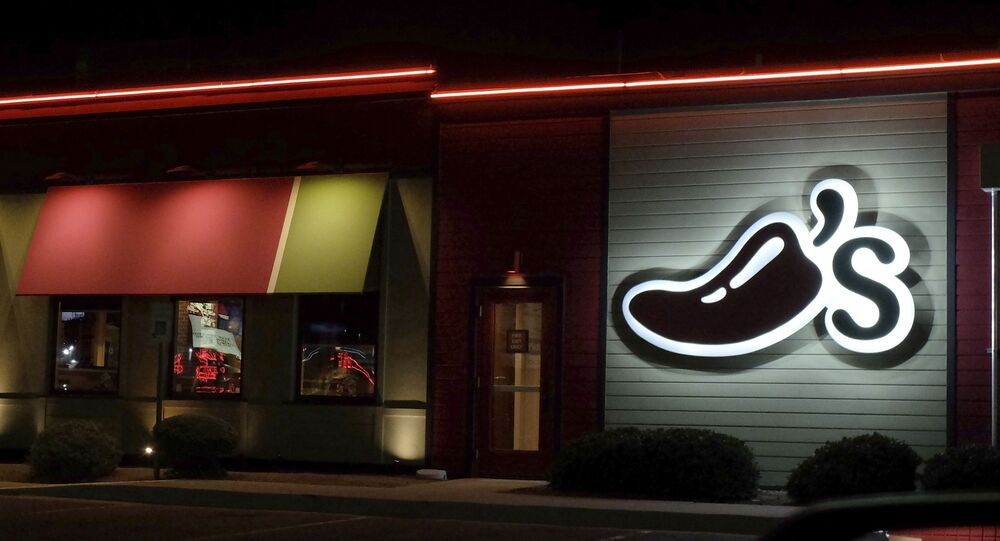 The ongoing coronavirus (COVID-19) pandemic prompted many businesses and public places to shut down for months before being allowed by local governments to reopen, with the condition of enforcing social distancing and wearing masks to slow the spread of the deadly respiratory disease.

Kelsy Wallace, a 17-year-old girl working as a hostess at a Chili's chain restaurant on Constitution Avenue, in Baton Rouge, Louisiana, United States, was attacked by a group of diners while attempting to apply the company’s COVID-19 social distancing policies over the weekend, according to local ABC affiliate WBRZ-TV.

The story started when a group consisting of 13 people came into the restaurant for dinner on Sunday evening. The teenage worker informed them of Chili's COVID-19 measures that forbid groups over six people to sit together at one table.

Police say a 17-year-old hostess at Chili's in Baton Rouge was attacked on Sunday by a group of women for enforcing the restaurant's COVID-19 policy of no more than 6 people at a table. Hear from her coming up on @WBRZ at 10. pic.twitter.com/RTT167N9Ji

“My general manager tells us we're not supposed to sit a table over 6 because of the coronavirus", Wallace told the TV station, adding that she sat six customers at one table and told the other seven that an extra table would not be enough as they exceeded six.

The hostess, who started working with Chili's in June, said that the group became upset and attacked her as she tried to call a manager.

“She pushed me. And when she pushed me, all I knew was to push her back. I reacted. That's when her and her daughters, they all came. And they're grown women. I'm 17 years old. They're like, 20, 30, and the woman that pushed me looked like she was 40. So I'm standing there, they're on me, beating me. I'm standing there trying to hit them, trying to get all of them off me. And the lady she takes a wet floor sign and slams it in my eye. And I had blood rushing everywhere". the girl said.

One of the women ripped hair out of Wallace’s head, according to the victim. She also recieved broken nails.

While Wallace was sent to hospital, where she received five stitches below her eyebrow, the attackers left the restaurant in two separate vehicles before police arrived at the scene.

“The managers let them walk out. Like, how y'all let them leave like that? I mean, they could have locked the doors until the police came", Wallace, who is now said to be recovering physically and mentally, told the channel. “I want them in jail. I don't think they should get away with this”.

Footage from the restaurant’s surveillance cameras has reportedly been handed to police in Baton Rouge who are investigating the incident.

The teenager said that it would be difficult for her to believe or forget what she experienced.

“I was just trying to follow the rules and make sure that I wasn’t going to get in trouble", Wallace said. “Like this is just overwhelming. I just cannot believe that this happened".

Lorrain Byrd, the victim’s grandmother, denounced the attack on her granddaughter by a group of adults at her workplace, observing that the young woman is trying to save money for college.

“I couldn’t believe they would do or act like that, and then I mean, grown women, to fight a 17-year-old child at her job, who’s trying to work to get her graduation things together so she can go off to college", Byrd told WAFB.

On Wednesday, the family launched a GoFundMe for her.

A representative from Chili's said in a statement to WAFB that the company was disappointed and is taking it "very seriously as the safety and health of our Team Members and Guests is our top priority".

"We care deeply for every ChiliHead and are disappointed by the incident that took place at our Baton Rouge Chili’s on August 9. We do not tolerate violent behavior in our restaurants, and are taking this incident very seriously as the safety and health of our Team Members and Guests is our top priority. Following this unprovoked attack, we immediately provided medical attention to our Team Member and called the local police department who is looking into this situation. We have made several attempts to contact the impacted Team Member and her family since the incident to provide support, but unfortunately have not received any response", the representative said.

Money Will Be Spent! Twitter Goes Crazy After Johnson Says Pubs, Restaurants Will Re-Open in UK