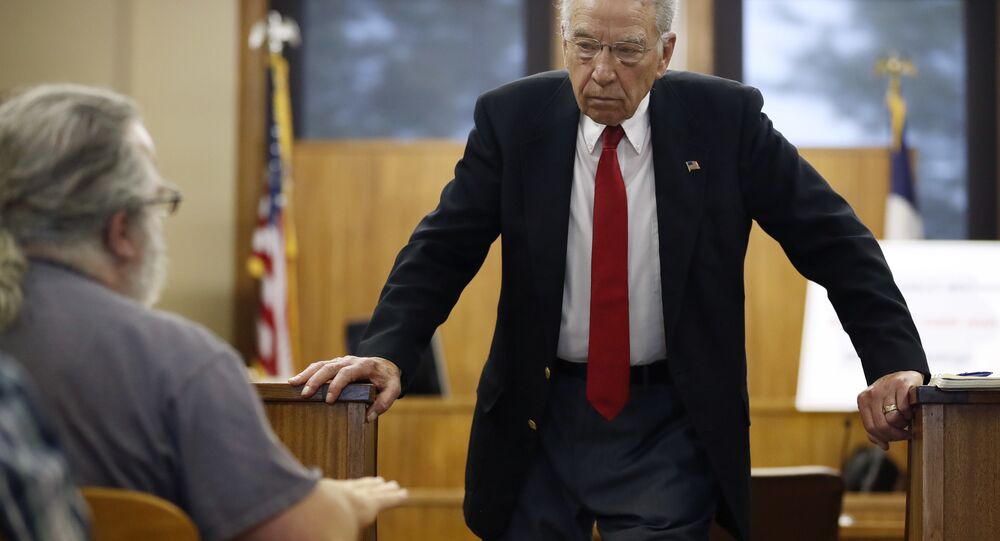 The Dinosaurs in Congress: How Many Octogenarians Are Seeking Re-election in November?

Kamala Harris, 55, has been chosen as Joe Biden’s running mate on the Democratic Party’s ticket in November’s presidential election. Biden will turn 78 a few days after the election but there are many in Congress who are even older. Who are this geriatric mafia?

November’s presidential election will be between 74-year-old Donald Trump and Joe Biden, who is four years older, although both will try and appeal to young voters, some of whom were born in a different century.

When Britain’s General Election happened in December 2019 the oldest MP lost his seat - Labour veteran Dennis Skinner was 87 at the time.

But the average of British MPs is significantly lower than those of US Senators and members of the House of Representatives.

© AP Photo / J. Scott Applewhite
The US Capitol building is mirrored in the Reflecting Pool in Washington DC Dec. 28, 2018.

In January 2003 Strom Thurmond, a Republican from South Carolina who had fought against racial desegregation, stepped down as a senator days before his 100th birthday and died six months later.

Even today there are a number of octogenarians in Congress, many of whom are seeking re-election.

Bill Pascrell, 83, is a member of the House of Representatives from New Jersey’s eighth congressional district, which is made up of New York suburbs like Hoboken, Elizabeth and Weehawken.

Last month he won the Democratic nomination in the district’s primary with 81 percent of the vote.

He defeated Zinovia Spezakis, 50, a mother-of-two and the director of a clean technology company, and Alp Basaran, 38, a financial adviser and the son of Turkish immigrants.

In 2018 Grace Napolitano was re-elected for a four year term from California’s 32nd congressional district, which includes a large chunk of east Los Angeles.

When she announced she was running again Napolitano, who will turn 84 in December, said: “Maybe some people think I’m too old but but I challenge them to see how we are involved, how much we do for the district and what we do in Washington for our people.”

Napolitano worked for the Ford Motor Company for more than 20 years and did not get into politics until she had retired.

Shelby, who is 86, has been a Senator since 1987 and was a prosecutor and attorney prior to going into politics.

Today I'm honored to become Alabama's longest serving U.S. Senator. For the past 32 yrs, I've been fortunate to represent & serve the people of our great state. Thank you for placing your confidence in me & allowing me to be your senator. I look forward to the work still to come. pic.twitter.com/bKVUH7JMeH

​He has been chair of the crucial Senate Appropriations Committee since 2018.

On his website it describes him as “a stalwart supporter of Second Amendment rights” and someone who has “worked tirelessly to bring jobs and economic growth” to his native Alabama.

An article in Rollcall last year speculated Shelby would not stand for re-election in 2022 because he had not raised any funds, although it pointed out he still had US$10 million in his campaign account.

Alcee Hastings, who will be 84, in September, has represented Florida's 20th congressional district in 1993.

Hastings, who is black, was first elected for the heavily African-American district five years after being impeached for his actions as a federal judge. 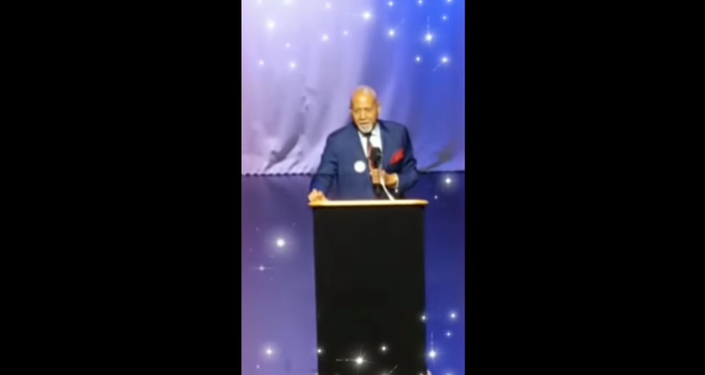 Hastings was accused of accepting a US$150,000 bribe in return for going easy on two defendants. The House voted by 413-3 to impeach him on charges including bribery, perjury and falsifying documents.

In June an investigation by Congress’s Ethics Panel into whether he had an improper relationship with one of his aides was dropped when it emerged that he had married her in January 2019.

Jim Inhofe, a Republican from Oklahoma, has been a Senator since 1994 and a member of the House of Representatives since 1987.

Inhofe, who will be 86 in November, is chairman of the influential Armed Services Committee, a job he took over when John McCain died in 2018, aged 81.

In an article in E&E News in 2018 Ronald Keith Gaddie, a political science professor at the University of Oklahoma, said: "I don't think Jim Inhofe will ever retire. Senators get to a certain point where once you get past about age 75 or so, everyone they know is in the Senate."

Eddie Bernice Johnson, who represents the 30th congressional district of Texas, will be 85 in December but she is running for re-election this year.

She told constituents last year: “I fully intended to retire after my current term, but with much pressure and encouragement, I have agreed to one more term.”

Johnson was first elected to Congress in 1992 and chairs the House Science, Space and Technology Committee.

An African-American, who represents a largely black and Latino community in Dallas, she was the first black woman from the city to be elected to public office in 1972, when she won a seat in the Texas House of Representatives.

Chuck Grassley, 86, is the president pro tempore of the United States Senate and when President Trump floated the idea of delaying November’s election it was even mooted that he would be in line, under the US Constitution, to take over in the White House in January 2021.

He has represented Iowa since 1980.

© REUTERS / Alexander Drago
U.S. Sen. Dianne Feinstein (D-CA) departs following a vote to close debate on the motion to proceed to consideration of the National Defense Authorization Act in the U.S. Capitol in Washington, U.S., June 25, 2020.

In 2012 she set a record for the most popular votes in Senate history - a stonking 7.75 million.

Before joining the Senate in 1992, Feinstein became the first female mayor of San Francisco.