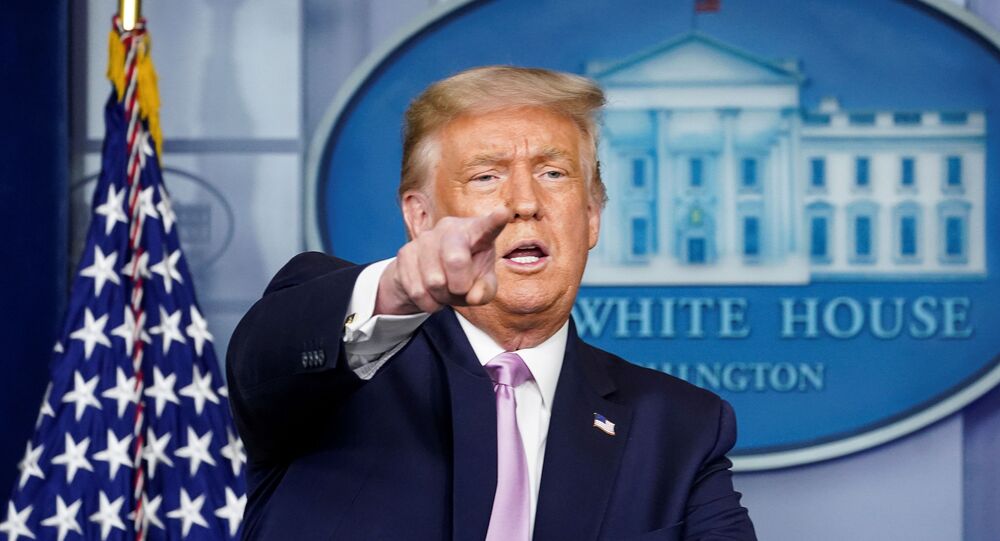 POTUS criticised the political positions of his Democratic opponent just hours after he announced that California Senator Kamala Harris would be his running mate following several months of deliberations about a VP choice.

US President Donald Trump has once again cast doubt about whether his Democratic rival in the upcoming November election will be a capable negotiator when it comes to China and gone as far as to suggest that the US will be overrun by the Asian country if Biden makes it into the Oval Office.

Trump went on to stress his own achievements in opposing China, saying they had their worst years with him in the White House because he unleashed numerous tariffs on their economy and argued that the US profited greatly from his policy towards Beijing. The president also noted that he even had a "better than good" relationship with Chinese President Xi Jinping before the coronavirus pandemic emerged, which Trump blames solely on the Asian country and calls it the "China plague" despite Beijing denying responsibility for the disease spreading around the world.

This is not the first time the US president has lambasted Biden, his expected opponent in the November presidential election, over the latter’s alleged inability to stand up to China. During a 15 July speech that was supposed to be devoted to China and its adoption of the national security law in Hong Kong, Trump went off topic, going on the offensive against the Democratic candidate instead. He slammed the latter's actions while US vice president along with President Barack Obama, saying they enabled Beijing to profit from the United States in several spheres.

"Joe Biden and President Obama freely allowed China to pillage our factories, plunder our communities, and steal our most precious secrets", he said.

At the same time, Trump rarely substantiates his claims against Biden, who in his election campaign, much like POTUS himself, has pushed for "aggressive trade enforcement actions" against Beijing if it seeks to undercut American manufacturing via "unfair practices" or tries to steal technologies from US companies. The president's comments come as the presidential race nears its culmination in November and just hours after Biden finally announced his running mate on the Democratic ticket - California Senator and former primary opponent Kamala Harris.