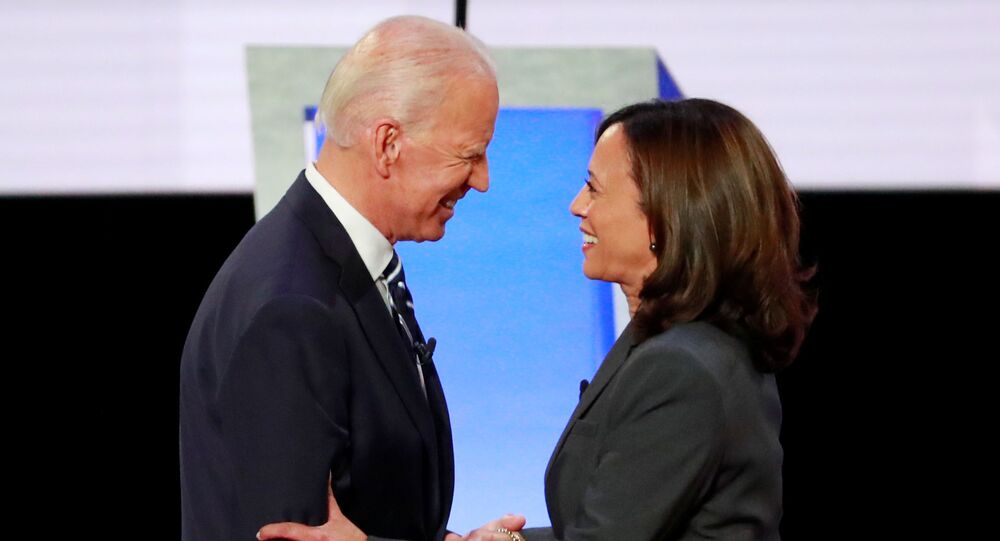 US Democratic presidential candidate Joe Biden on Tuesday announced that he has chosen US Senator Kamala Harris (D-CA) as his 2020 running mate.

"I have the great honor to announce that I’ve picked @KamalaHarris— a fearless fighter for the little guy, and one of the country’s finest public servants — as my running mate," Biden tweeted Tuesday.

"I need someone who understands that we are in a battle for the soul of this nation. And that if we’re going to get through these crises - we need to come together and unite for a better America. Kamala gets that," Biden added.

"I first met Kamala through my son Beau. They were both Attorneys General at the same time. He had enormous respect for her and her work. I thought a lot about that as I made this decision. There is no one’s opinion I valued more than Beau’s and I’m proud to have Kamala standing with me on this campaign," Biden continued.

“I’ve decided that Kamala Harris is the best person to help me take this fight to Donald Trump and Mike Pence and then to lead this nation starting in January 2021," Biden also said in an email statement, according to Political Wire.

Harris said via Twitter Tuesday that she is "honored" to join Biden as the Democratic party's nominee for vice president.

US President Donald Trump released a statement Tuesday claiming that Harris getting the vice-presidential nod is "proof that Joe Biden is an empty shell being filled with the extreme agenda of the radicals on the left."

​​​Trump also stated that Harris has "gleefully embraced the left's radical manifesto." The US president also tweeted out a video which refers to Harris as a "phony" and a member of the "radical left."

“I commit that I will, in fact, appoint a woman to be vice president,” Biden said at the time, the New York Times reported. “There are a number of women qualified to be president tomorrow.”