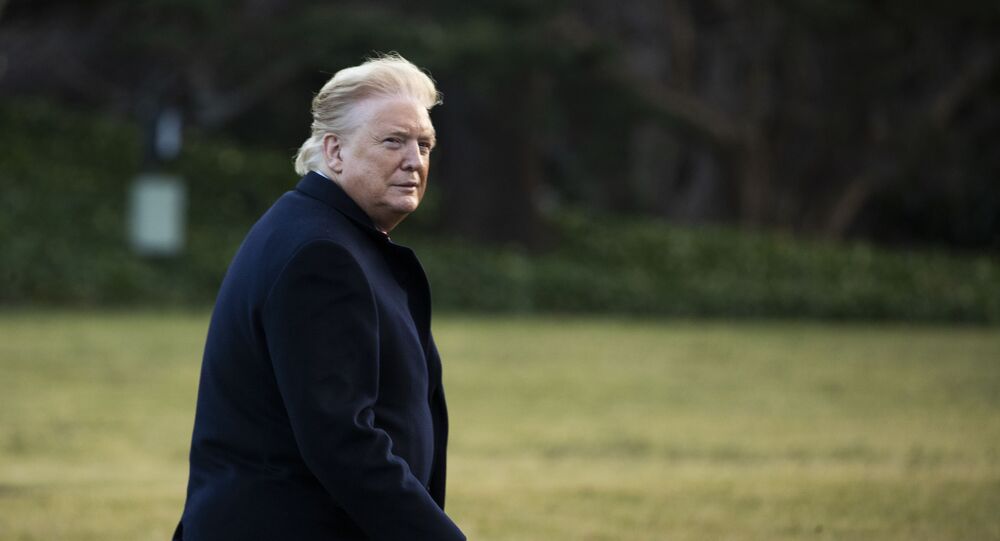 A new set of deadlines has been announced in longtime Elle magazine advice columnist E. Jean Carroll’s defamation suit against US President Donald Trump, now requiring Trump to submit his DNA by September, according to court documents published to social media.

“We can be flexible with respect to the location and method for obtaining [Trump’s] DNA sample in order to accommodate security needs or other issues. Please let us know if you would like to discuss.”

DEADLINE TRUMP!@realdonaldTrump now has deadlines to provide a DNA sample & to sit for a deposition in my case.

This comes shortly after the US Supreme Court ruled that the president was required to respond to a subpoena for his financial records. Manhattan Supreme Court Justice Verna Saunders recently detailed that this ruling was “applicable to all state court proceedings in which a sitting President is involved,” according to Law & Crime.

“We are hopeful that [Trump] now recognizes, as did Judge Saunders, that Trump v. Vance leaves no doubt that his claim to presidential immunity necessarily fails,” Kaplan’s letter read.

Carroll has alleged that she and Trump had a friendly encounter at the Bergdorf Goodman luxury department store in the Manhattan borough of New York City in 1995 or 1996. However, she claims that the situation took a violent turn when Trump pushed her against the wall of a dressing room, unzipped his pants and proceeded to force himself upon her.

She detailed that there was a “colossal struggle,” but she was eventually able to push him off of her and run from the store. Carroll kept the clothes she was wearing that day and has not laundered the garments.

While Trump has boasted that he has “one of the great memories of all-time,” when it comes to Carroll, he has argued that he has never even met the former Elle magazine writer.

“I have no idea who this woman is,” he told reporters at the White House on June 20, 2019, as reported by the Associated Press.

“I’ve never met this person in my life. She is trying to sell a new book - that should indicate her motivation. It should be sold in the fiction section,” he also said in a statement obtained by CNBC. He further told The Hill in an exclusive interview that “she’s not my type” and that “it never happened.”

When a photo was produced of Trump, his then-wife Ivana Trump, Carroll and her then-husband John Johnson, the US president dismissed the encounter.

“Standing with my coat on in a line. Give me a break,” Trump said, referring to the 1987 photo. “With my back to the camera.”

Friends of Carroll’s have corroborated her story. Author Lisa Birnbac revealed to the New York Times that she remembers Carroll saying that “he pulled down my tights.” The conversation, which occurred “moments” after the alleged assault, broke down when Birnbac encouraged her friend to report the act. Carroll refused.

A second friend, journalist and long-time WCBS-TV news anchor Carol Martin, recounted telling Carroll that she “wouldn’t tell anybody this.” Carroll noted that Martin feared that Trump would seek revenge if the allegations were made public.

Trump has brought up that there is no police report on file and allegedly no hard evidence or witness accounts from the scene.

“No pictures? No surveillance? No video? No reports? No sales attendants around?? I would like to thank Bergdorf Goodman for confirming they have no video footage of any such incident, because it never happened,” he said, as reported by the Associated Press.

The outlet noted that that luxury department store confirmed to New York Magazine that surveillance footage from that period was no longer in its records.

“We are now eager to move forward with discovery so that we can prove that Donald Trump defamed E. Jean Carroll when he lied about her in connection with her brave decision to tell the truth about the fact that Donald Trump had sexually assaulted her,” Kaplan detailed last week, as reported by Law & Crime.