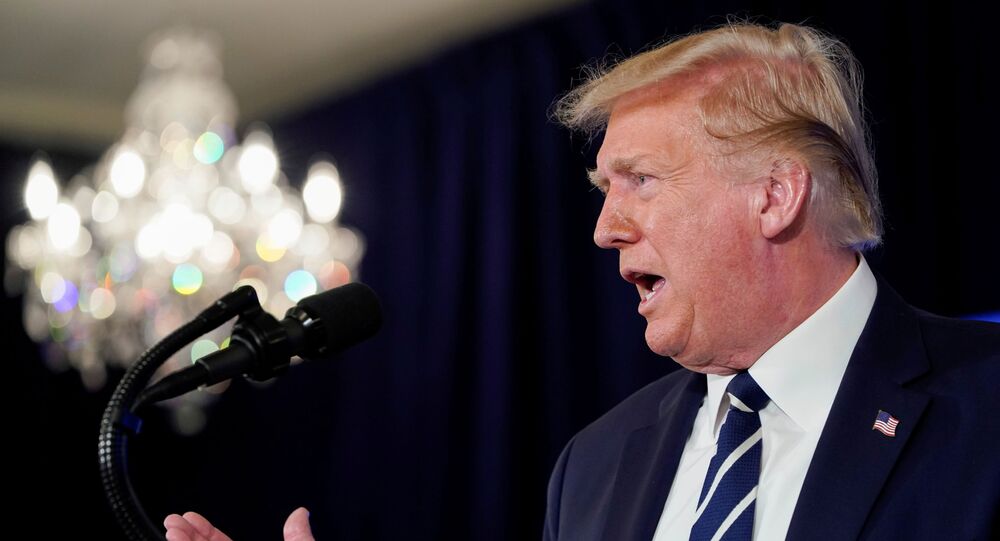 Following his departure from the White House, John Bolton started to openly criticise his former boss, President Donald Trump, eventually calling him unfit to lead the country and doubting his ability to deal with foreign leaders.

Donald Trump has called his former National Security Adviser John Bolton "one of the dumbest people" he ever met during his time as US president in a recent Twitter rant. POTUS went on to complain that over the past four years, he has met numerous "dumb" people.

Trump's Twitter outburst came in response to Bolton's allegations that he "respected and trusted" Russian President Vladimir Putin and ignored US intelligence reports regarding the Kremlin's actions – something that POTUS strongly denied.

John Bolton, one of the dumbest people I’ve met in government and sadly, I’ve met plenty, states often that I respected, and even trusted, Vladimir Putin of Russia more than those in our Intelligence Agencies. While of course that is not true, if the first people you met from....

At the same time, Trump noted that it would be hard to blame him for not listening to his own intelligence agencies since some of their prominent members purportedly deliberately sought to prevent his election or to unseat him. The president brought up the names of former FBI and CIA directors James Comey and John Brennan, whom Trump accuses of illegally spying on his election campaign and triggering the notorious Russia probe, and former Director of National Intelligence James Clapper as examples of people who could have contributed to his lack of trust in the US intelligence community.

..so called American Intelligence were Dirty Cops who have now proven to be sleazebags at the highest level like James Comey, proven liar James Clapper, & perhaps the lowest of them all, Wacko John Brennan who headed the CIA, you could perhaps understand my reluctance to embrace!

The Russiagate probe first started prior to the November 2016 election, as the FBI began spying on some members of the Trump campaign based on assumptions made in the so-called Steele Dossier – which was paid for by the Democratic National Committee and Trump's opponent Hillary Clinton. It was later revealed that the dossier's author, former MI6 officer Christopher Steele, based most of it on the account of a single source who claimed to be close to the Russian government, but was known to be highly unreliable.

The dossier alleged that Trump's team had colluded with Russia to rig the 2016 elections in his favour. However, a two-year-long investigation by Special Counsel Robert Mueller and several congressional committees failed to find any solid evidence supporting the allegations.

Bolton started criticising Trump after the latter fired him from his position as national security adviser, but intensified his attacks recently with the release of his tell-all book about his time in the administration. The former official described the president as being "capable of almost anything", while also being unfit to lead the country and deal with foreign leaders.

The former national security adviser namely said that he was shocked and "frozen to [his] chair" when he heard that Trump was not accusing Russia attempting to meddle in the US election during the press conference that followed his 2018 meeting with Vladimir Putin in Helsinki. Bolton said that he spent "a good part of the flight on Air Force One back to Washington" trying to explain Trump why his speech had caused such a stir at home.