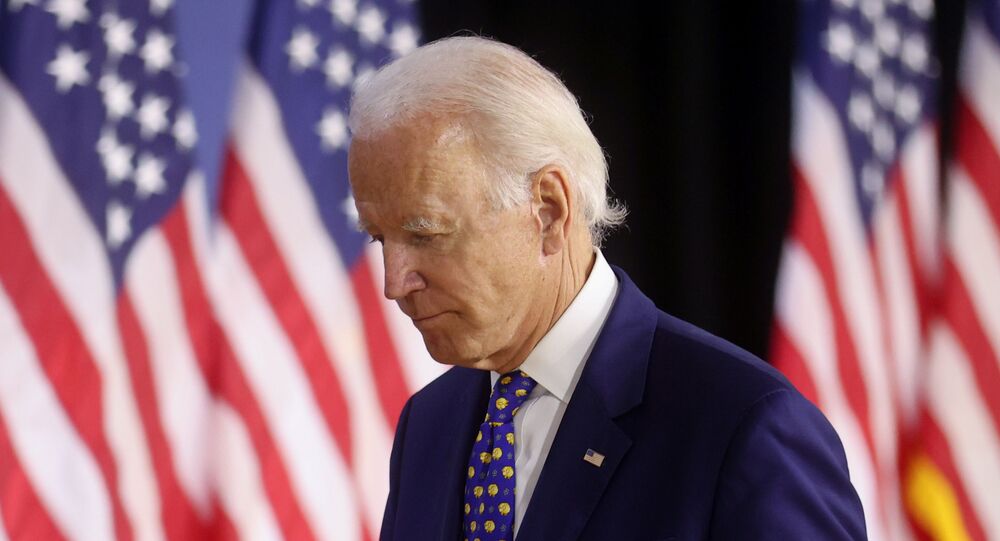 Earlier, US Secretary of State Mike Pompeo denounced the Belarusian presidential election as "not free and fair", urging the country's government to "respect the rights of all Belarussians to participate in peaceful assembly, refrain from use of force and release those wrongfully detained".

The US Democratic presumptive nominee, Joe Biden, released a statement via the Medium online platform regarding the recent Belarusian presidential election, referring to the incumbent president, Alexander Lukashenko, as "Lukashenka" and slamming the elections as "marred by electoral fraud" and calling for all parties to "refrain from further violence".

"I stand with those who are calling for a transparent and accurate vote count and the release of all political prisoners. I also call on President Lukashenka to respect the rights of peaceful protestors and to refrain from further violence. My administration will never shy away from standing up for democratic principles and human rights, and we will work with our democratic allies and partners to speak with one voice in demanding these rights be respected", Biden said in his statement.

Saying that "the Lukashenka regime has cut internet access, arrested protesters and independent journalists, and tried to muzzle foreign observers", Biden noted that "these are not the actions of a political leader confident that he has won a fairly conducted election".

The former vice president's statement echoed that of US Secretary of State Mike Pompeo, who earlier denounced the Belarusian presidential elections as "not free and fair" and called on the nation's government to "refrain from use of force and release those wrongfully detained".

The presidential election in Belarus took place on Monday, with Alexander Lukashenko securing a reported 80 percent of the vote - a figure that the opposition has dismissed as election rigging. The nation's capital, Minsk, along with several other cities, has been spanned by mass protests over the election results. Demonstrations started on Sunday and have been ongoing until late Monday.

Amid the protests, clashes between demonstrators and riot police occured, with police using tear gas, stun grenades and rubber bullets against protesters, and the latter throwing Molotov cocktails and building barricades of trash cans.

Belarus Election: What Happened at Mass Protests in Minsk Overnight