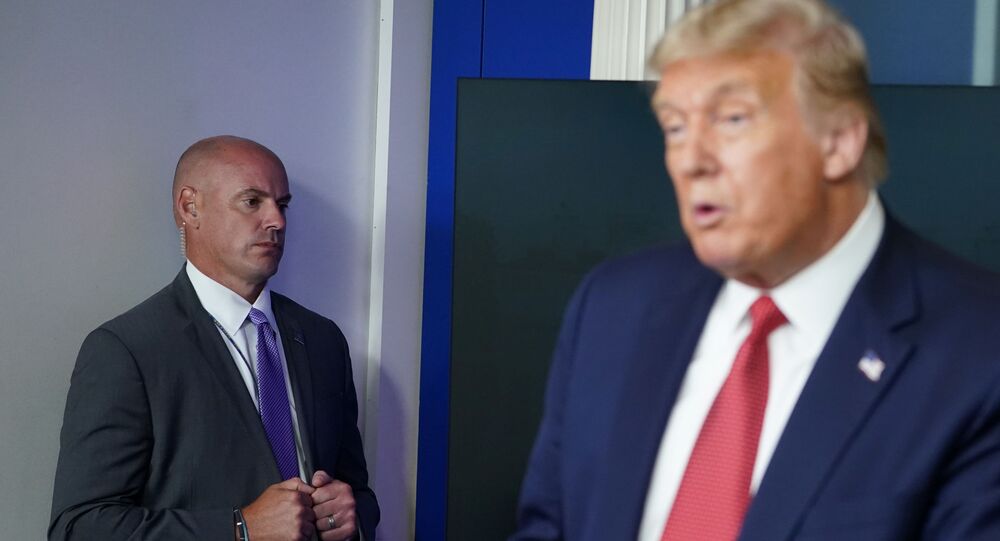 The shooting occurred outside the White House on Monday, causing Secret Service agents to disrupt President Donald Trump's press conference and quickly escort him from the briefing room which was briefly put on lockdown.

US Secret Service said in a statement that a USSS officer, along with a "male subject", was hospitalized after the shooting outside the White House.

According to the statement, the White House complex was not breached during the shooting. An investigation is ongoing.

The shooting took place earlier on Monday, as Trump held a press conference in a briefing room, when suddenly the Secret Service escorted the president into a hidden passage behind the room.

A few minutes later, Trump returned to the room containing the reporters and said that there had been a shooting outside of the White House, adding that "someone has been taken to hospital... shot by Secret Service".

Update: the investigation into a USSS officer involved shooting is ongoing. A male subject and a USSS officer were both transported to a local hospital. At no time during this incident was the White House complex breached or were any protectees in danger.

​After returning to the briefing room, Trump joked that the forced retreat was "pretty unusual" and suggested that the shooting "might not have had anything to do with me".

An NBC report emerged after the shooting saying that a person had been shot by a Secret Service agent in Lafayette Park near 17th Street. Trump said that a more detailed briefing on the incident from law enforcement would follow.