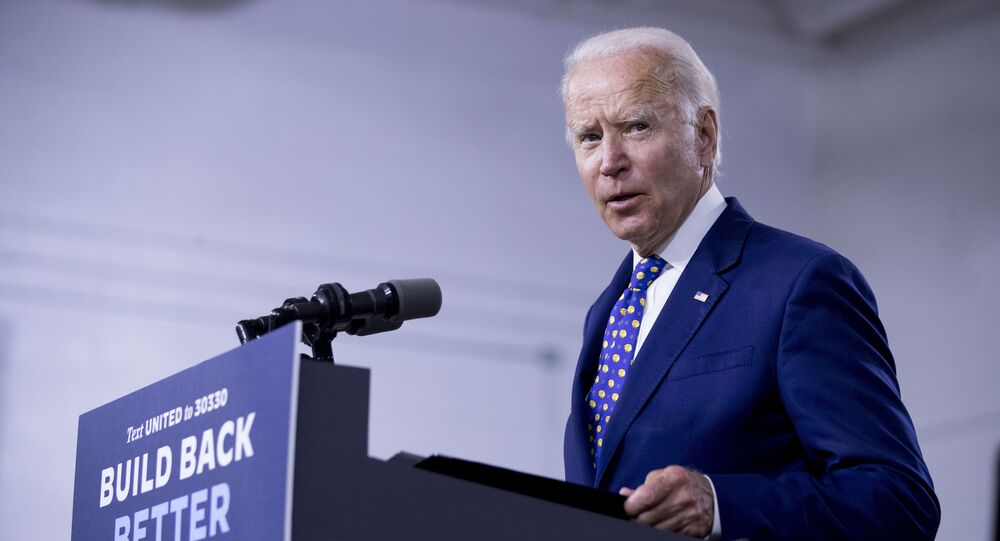 In December, former Vice President Joe Biden told the New York Times editorial board that he has “never been a fan of Facebook”, while attacking Silicon Valley companies for the absence of liability over the content they post – something his Republican rival Donald Trump is also very critical of.

Joe Biden’s presidential campaign has been working closely with current staffers of major tech giant companies such as Facebook, Amazon, Google and Apple, as well as people who have advised them in the past, The New York Times reported citing a reviewed document containing this information.

Biden has strongly attacked major social media and tech platforms in the past, especially Facebook. However, the Innovation Policy Committee, a volunteer group advising his campaign that has around 700 members, has at least eight participants who are currently working for this firm and other Silicon Valley giants, with others also having close ties to them. Some of Biden’s top advisers have previously worked for Apple, the report adds.

According to the NYT, this information has been “raising concerns” among those critics of the industry who believe that Big Tech firms have been repressing competition in the United States, as well as failing to adequately address instances of hate speech or disinformation on their platforms. They could be set to “co-opt” a “potential” administration of Joe Biden if he wins November elections, the report notes.

A spokesman for Biden’s campaign Matt Hill told the NYT in a statement that despite the committee’s advising role, the presumptive Democratic candidate would not easily succumb to the Big Tech agenda:

“Many technology giants and their executives have not only abused their power but misled the American people, damaged our democracy and evaded any form of responsibility”, Hill said. “Anyone who thinks that campaign volunteers or advisers will change Joe Biden’s fundamental commitment to stopping the abuse of power and stepping up for the middle class doesn’t know Joe Biden”.

The report could be considered surprising considering the fact that Joe Biden has been a strong critic of American tech enterprises, especially Facebook, citing its “irresponsible” role over some of the ads that have been circulating on the platform, including one that claimed that the former vice president “blackmailed” Ukrainian officials not to investigate his son Hunter Biden in relation to the so-called Burisma Holdings money laundering scandal.

Biden also insisted in December 2019, much as Donald Trump did later, that Section 210 of the Communications Decency Act, which implies that online platforms should not be held liable for things posted on them by social media users, should be revoked. He also said that Facebook’s CEO Mark Zuckerberg “should be submitted to civil liability and his company to civil liability” over alleged misinformation on the social media service.