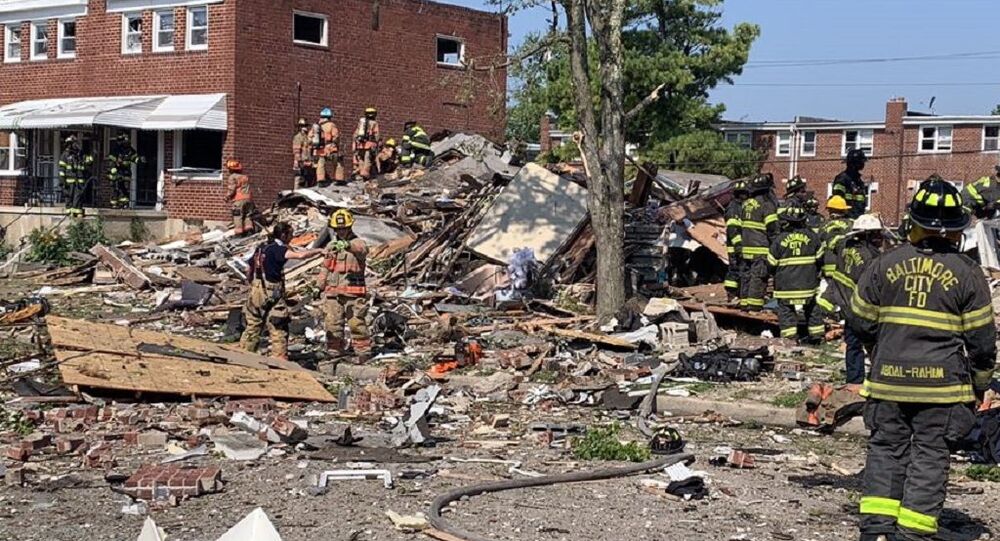 Northwest Baltimore suffered a serious blast on Monday, with several houses destroyed and many people believed to be injured. Crews are currently looking for people underneath the debris.

A major gas explosion has been reported in Baltimore, Maryland, with at least one person believed dead and many more trapped, according to local tv station WBFF. Baltimore City firefighters are currently on the scene at Labyrinth and Reisterstown Road. According to reports, three homes were involved in the explosion.

Baltimore City Fire officials said in an update that six people were involved in the blast, with four people being transported to hospital in a "serious condition".

"The cause is under investigation as we continue to search for any possible additional occupants", the officials announced on Twitter.

"Please avoid the Reisterstown Road corridor where it intersects with Labyrinth Road. Police and fire department personnel are on the scene of a possible gas leak".

Earlier reports indicated that two people were transported to hospitals in "serious condition". A deceased person is believed to be a woman.

Baltimore City Fire Department said that a media briefing will be provided at noon local time.

On scene of a major gas explosion at Labyrinth and Reisterstown Rd. involving 3 homes. 2 occupants transported in serious condition, 1 adult woman deceased as BCFD continue to search for more. pic.twitter.com/4Hzrjkaled

House explosion in Northwest Baltimore. @BaltimoreFire: one woman dead, two people transported to the hospital, 3 homes destroyed. Crews looking for others. @BaltimorePolice say it is a live gas situation. Follow @wbaltv11 for the latest details. pic.twitter.com/pOWOF9DNcO

Baltimore's Special Rescue Operations personnel were called to the scene of the explosion, with search operation still going on.

According to the Twitter of Baltimore Firefighters IAFF Local 734 unit, rescuers were "communicating with one person still trapped".

"Special Rescue Operations Team is working to get to the person", the message said.

Rescuers are communicating with one person still trapped. #BCFDSRO Special Rescue Operations Team is working to get to the person.

One person has been pronounced dead on scene. @baltimoreoem & @MyBGE are on scene as well. pic.twitter.com/7tTyqOcMC3

It was initially reported that at least five people, including children, were trapped underneath the debris.

Watching the rescue efforts by our brave first responders via the citizen app. Appears 3 homes were completely leveled after an explosion.

I am praying those trapped make it out alive. I can’t imagine the number of people presumed dead at this time. #Baltimore pic.twitter.com/KWDrE5XNM6

US Occupational Safety and Health Administration building inspector Kevin Matthews, who is also living in the area, told the Baltimore Sun that he heard trapped children crying underneath the collapsed buildings. He also said that he saw one person being buried "from the neck down". The Sun reported that the explosion could have been heard miles away, while neighbours reported blown out windows in their houses.

On Monday, Maryland Governor Larry Hogan said on Twitter: "We are closely monitoring the situation in northwest Baltimore following this morning’s horrific explosion. We have reached out to offer our full support to the ongoing response and recovery efforts, and are deeply grateful to the first responders on the scene".