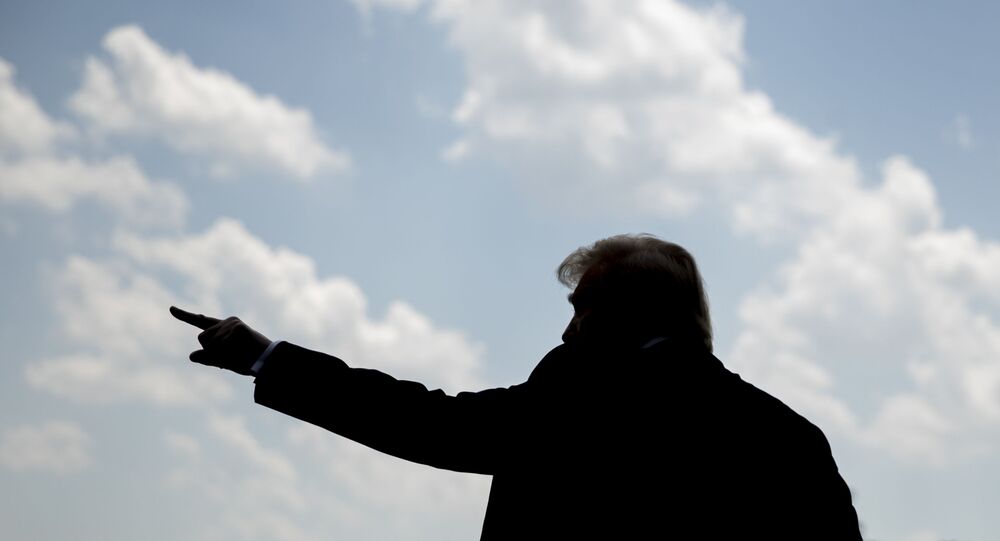 Donald Trump is scheduled to have three presidential debates with his rival Joe Biden in the autumn. The president, who is currently trailing in national polls by several percentage points, has pushed for adding a fourth event to the traditional three, but the request was turned down by the Biden campaign.

“I don’t think he [Trump] sees the debates as the last inflection points, but potentially the most important,” a source familiar with the preparations told Axios. “I think he always thinks he can create an inflection point”.

The president “has verbalised how important these are going to be,” the source added. “He’s said, ‘We gotta win. The press will never give me the credit for it, but the people will.’”

The team tasked with preparing Trump for the debates reportedly includes political advisor Jason Miller, who was part of his 2016 campaign and transition team.

In an interview with The Washington Post published last week, Miller appeared to give more credit to Biden than to Trump in terms of their debating skills.

“Joe Biden is actually a very good debater. He doesn’t have as many gaffes as he does in his everyday interviews,” he told The Post. “I would make the argument that Joe Biden would even be the favourite in the debates since he’s been doing them for 47 years.”

This attitude contradicts the criticism of Joe Biden’s mental acuity by many conservatives, who have repeatedly predicted that the gaffe-prone Joe Biden might make a verbal mistake that would play into Trump’s hands.

Several Democratic strategists have also called on Biden to skip the debates outright so as not to give an advantage to Trump.

The Commission on Presidential Debates – an independent body tasked with organising the presidential general election debates – has three match-ups scheduled for this election cycle.

The first debate is scheduled for 29 September, which is after early voting begins in some states.

Donald Trump has requested that the commission adds a fourth debate before that so that date voters in those states get the chance to see the candidates in action before voting begins.

The Biden campaign refused to have an additional contest, and the commission indicated it could only back the idea if both candidates approved it.