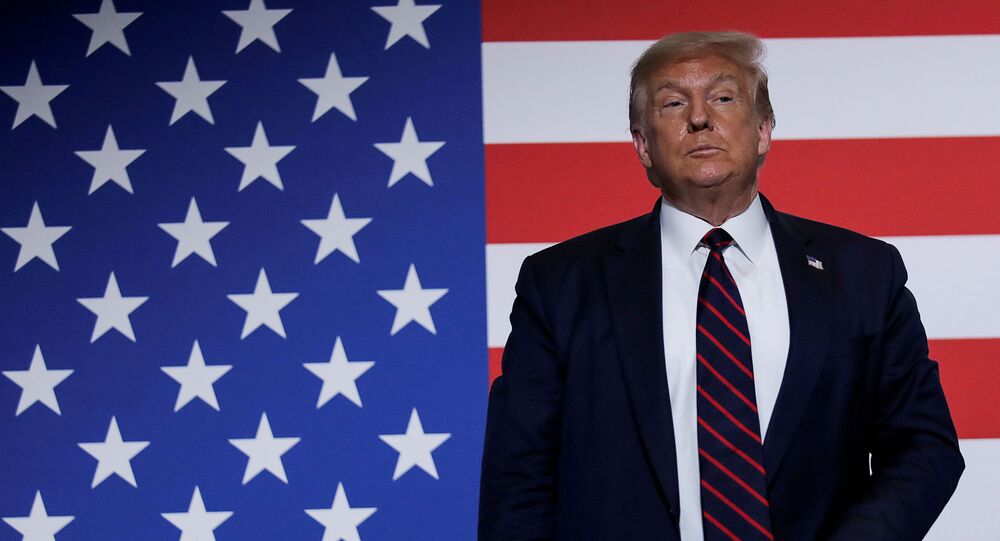 President Trump has been mocked widely online for mispronouncing Thailand as “Thighland” during a speech at a factory in Ohio on Thursday. A Thai newspaper has poked fun at the President by temporarily changing its Twitter handle to the “Thigh Enquirer.”

A Thai newspaper has changed its name following a speech President Trump made in Ohio on Thursday in which he mispronounced the country’s name as “Thighland.”

Speaking at a Whirlpool Factory, Trump complained about foreign competitors moving their factories to prevent a level playing field and to avoid liability.

“Shifting production to Thighland, and to Vietnam – ‘ Trump then repeated himself to correct the pronunciation of Thailand, adding: “Two places that – I like their leaders very much – do they take advantage of the United States? Not so much anymore.”

Trump was mocked widely online for this and the Thai Enquirer poked fun at the President by changing its Twitter handle to the “Thigh Enquirer.”

They also put together a video explaining how his mispronunciation wasn’t the worst part of his speech, criticising him for praising their controversial leader.

We made a short explainer video of how Thais see #Thighland-gate and how the mispronunciation by Trump wasn't the worst part of his speech to Thais. #Thailand #Trump #ประชาชนปลดแอก pic.twitter.com/mHgsOFMX8Y

​They also made fun of Dinesh D’Souza, an Indian-American Trump supporter who said he had pronounced it correctly.

I guess our input doesn't really matter if all the South Asians call us Thighland, we must be #Thighland https://t.co/uT3o5YVLtJ

Trump mispronounces Thailand as Thighland during a speech about washing machines

Vietnamese journalist Sen Nguyen wrote that they had beaten everyone at trolling Trump.

​While Thai journalist Ryn Jirenuwat said it was well played.

I already have a 'Thigh Enquirer' subscription. Don't tell the wife!