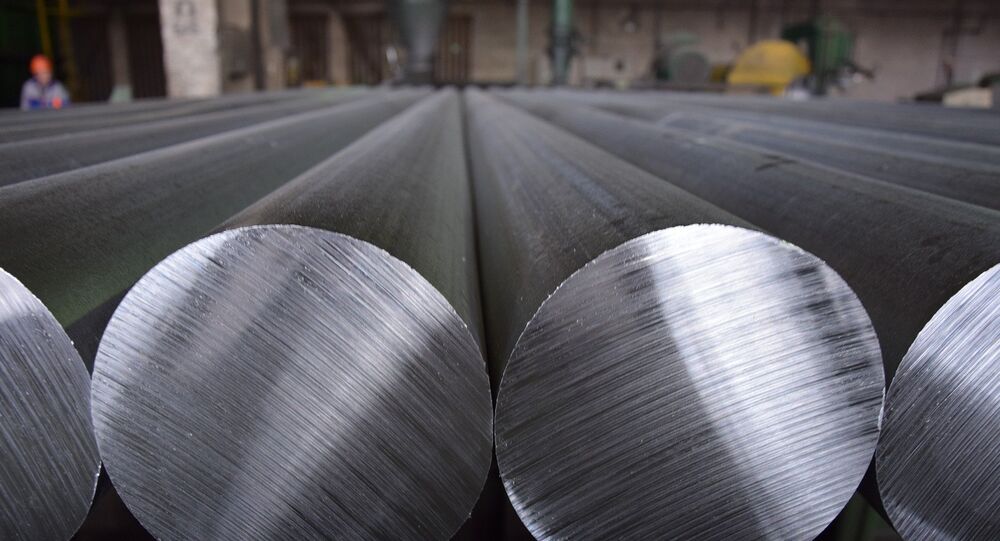 Arguing that Canada has been "taking advantage" of the American aluminum business, US President Donald Trump announced on Thursday that his administration will reimpose a tariff on aluminum imports from the US' northern trade partner.

"Canada was taking advantage of us, as usual. Aluminum business was being decimated by Canada, very unfair to our jobs," Trump remarked while speaking to employees of the Whirlpool Corporation Manufacturing Plant in Clyde, Ohio.

A proclamation on the move was released by the White House within an hour of Trump's announcement, confirming reports that the 10% tariff would be placed upon aluminum articles.

The proclamation released Thursday argued that Trump made the decision to slap Canada with steel and aluminum tariffs in May 2018 after Secretary of Commerce Wilbur Ross advised that aluminum was being imported into the US "in such quantities and under such circumstances as to threaten to impair the national security of the United States."

The US president told attendees of his August 6 address that he will "always put American workers first." While the United States–Mexico–Canada Agreement has only been in effect for a little over a month, Trump noted that the reimposition of tariffs is "absolutely necessary."

While Trump touts the move as a necessary step in favor of American workers, the US Chamber of Commerce detailed that it will actually have a negative financial impact on US manufacturers.

"The administration’s move to reimpose tariffs on aluminum from Canada is a step in the wrong direction," Myron Brilliant, head of international affairs for the US Chamber of Commerce, expressed on Thursday, as reported by Reuters.

"These tariffs will raise costs for American manufacturers, are opposed by most US aluminum producers, and will draw retaliation against US exports."

Canadian Ambassador to the US Kirsten Hillman previously called on the US to have patience when it comes to aluminum, as Canada has only recently increased its production of raw unalloyed aluminum as a response to the drop in demand for value-added products amid the COVID-19 pandemic.

“Let’s take a little time to see how this settles out and make sure that this trade is following the normal patterns that one would expect in a time like this,” Hillman said in a July 15 telephone interview, as reported by Bloomberg. “If tariffs are imposed we’ll have very few options other than to respond with duties on US imports.”

She went on to assert that "the very last thing the US manufacturing sector needs as it’s seeking to recover from this economic downturn is additional taxes on manufacturing imports."