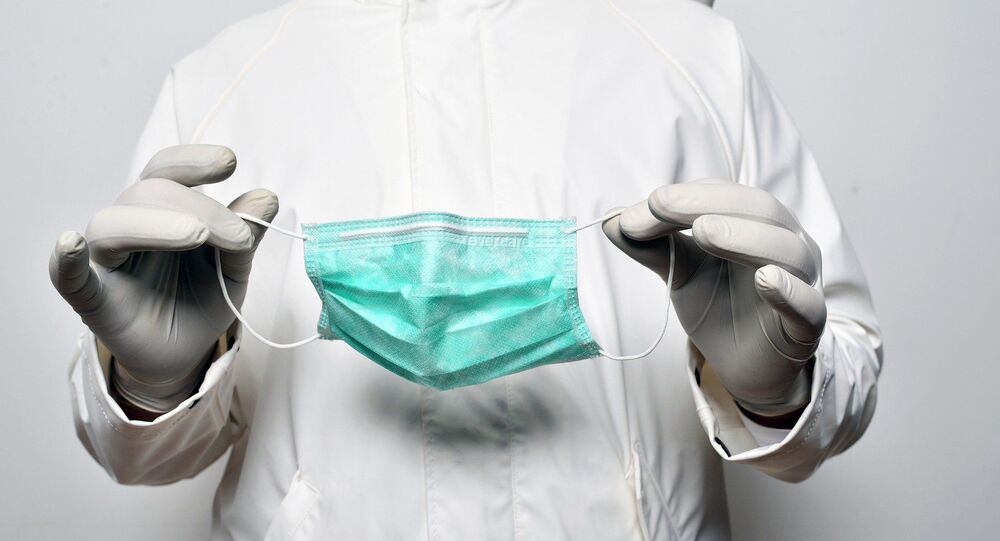 ‘You Now Have Coronavirus’: US Man Charged for Allegedly Spitting on Child Wearing Mask - Photo

Jason Copenhaver, a 47-year-old man from Florida’s Pinellas County, recently found himself booked into the local jail after he allegedly accosted a child when the minor refused to remove his mask inside an area restaurant.

The eyebrow-raising encounter unfolded Sunday at about 9:30 p.m. local time at the Ricky T’s restaurant in the Sunshine State’s Treasure Island. Citing arrest records, the Tampa Bay Times reported that Copenhaver approached the minor while he was sitting at a table, initially asking him whether he was wearing a mask.

However, the situation quickly escalated after the child noted that he was wearing a mask and that he would not be taking it off at Copenhaver’s request. Police reports indicate that after being rejected, Copenhaver grabbed the minor’s hand tightly and proceeded to get in his face, telling him, “You now have coronavirus.”

Courtesy of the Pinellas County Sheriff's Office
Florida's Treasure Island Police Department arrested and charged local man Jason Copenhaver on Sunday with disorderly conduct and simple battery after he allegedly confronted a minor and spat on them for refusing to remove their face mask inside a restaurant. Additionally, Copenhaver reportedly became combative with the eatery's employees before being removed from the establishment.

“Victim stated that [Copenhaver] was in such close proximity that spit particles from [Copenhaver’s] mouth landed in his face,” officers wrote in a report seen by the Times.

Moments after the interaction, Copenhaver walked over to the restaurant’s bar area, which he was eventually removed from by a staffer after he reportedly became aggressive with employees. Police noted that restaurant employees described the shoeless Copenhaver as being intoxicated.

It’s unclear how old the child was or whether a parent or guardian was on the grounds when the events took place.

Once officers with the Treasure Island Police Department arrived on the scene, Copenhaver relayed that he had never been administered a COVID-19 test, and that he was unsure if he had contracted the novel coronavirus.

Copenhaver was ultimately transported to the Pinellas County jail by Treasure Island officers. A charging report notes that he was booked at 11:34 p.m. local time on Sunday for disorderly conduct and simple battery; however, the Florida man was released four hours later after posting a $650 cash bond.

In recent months, Florida has emerged as one of the main COVID-19 hot spots in the Land of the Free, with many US states imposing restrictions such as mandatory self-quarantines for individuals who have traveled to the state.

Although Florida has not implemented a statewide mask order, several counties and municipalities have enacted such measures to curb the spread of the respiratory disease. According to a Pinellas County ordinance, individuals within the county must wear face covering in indoor public spaces, unless they are participating in a “religious ritual” or “exercising while social distancing.”