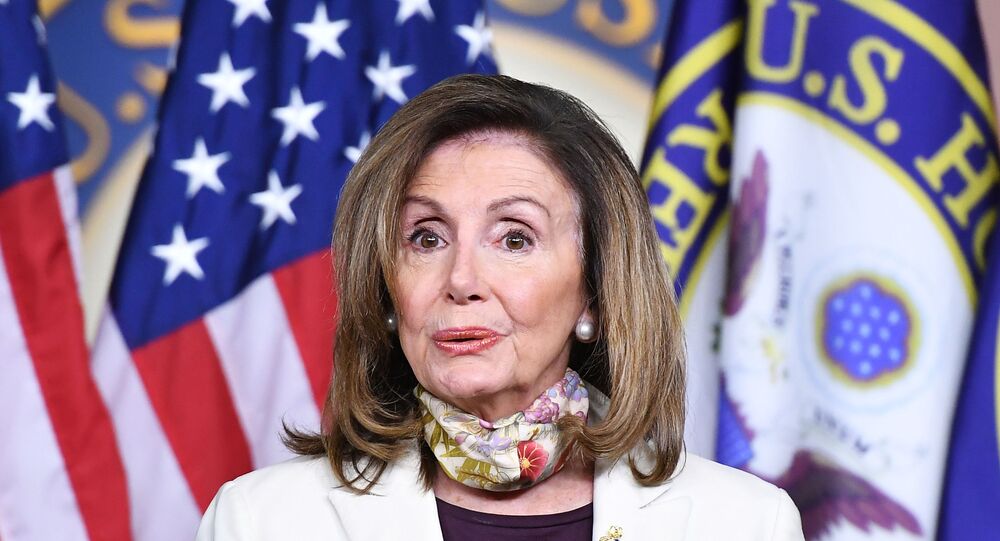 Republican lawmakers on President Donald Trump’s side have been arguing since last week with their Democratic rivals in Congress about whether or not to extend a $600 weekly benefit to jobless Americans, which expired on 31 July.

US House Speaker Nancy Pelosi refused to consider Republican demands that expired $600 weekly payments to unemployed Americans be resumed without a temporary extension.

“We’re not having a short-term extension”, Pelosi said.

Pelosi told a news conference that despite slight progress being made in talks on the next phase of coronavirus relief, there are still differences between the Republicans and the Democrats on the extension of unemployment benefits.

According to Pelosi, the Republicans do not understand the "gravity" of the economic repercussions caused by the pandemic.

“We have been making some progress, proceeding in a positive way, we’re not there there yet. I’ve said we see a light at the end the tunnel. We just don’t know now long the tunnel is [and] the light at the end of the tunnel may be the freight train of the virus”, Pelosi said.

Earlier, Pelosi said that US lawmakers would unlikely reach a deal this week on a new $1 trillion COVID-19 relief package as its passage was being held up by bickering between House Democrats and Senate Republicans on whether the weekly benefits for the unemployed should be $600 per person or cut to a third, as the Trump administration hopes for.

The Trump administration says that what jobless Americans have received so far has been "generous" to the extent that it has discouraged many from returning to work, even with businesses reopening after the lockdowns imposed due to the pandemic.

The US Labour Department said on Thursday that some 1.2 million Americans filed for first-time unemployment claims last week.