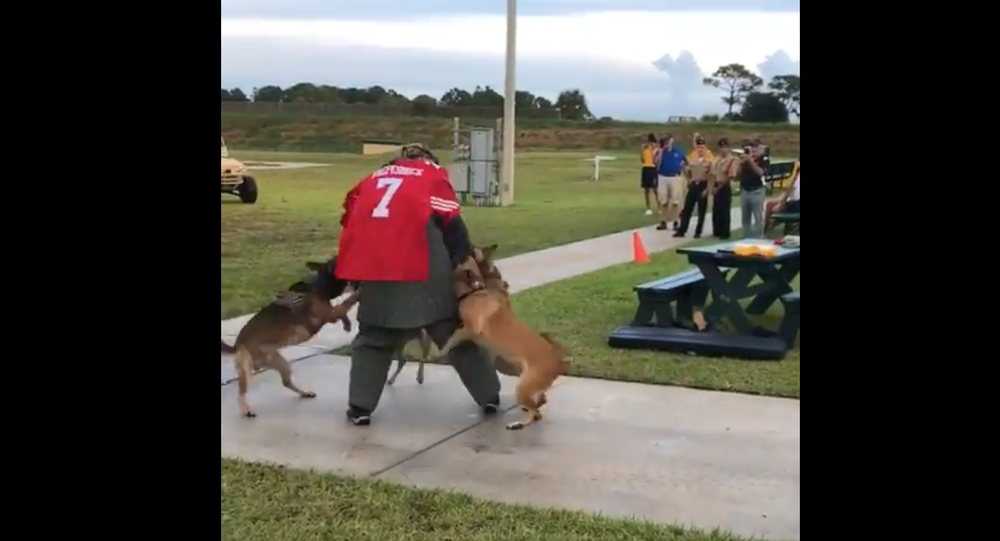 The commander of the US Naval Special Warfare Command (NSWC) says his unit is suspending their support of the National Navy SEAL Museum near Fort Pierce, Florida, following the recent resurfacing of footage showing several military dogs attacking a handler wearing a Colin Kaepernick jersey at a fundraiser for the museum.

“We will revisit our relationship with the Museum when I am convinced that they have made the necessary changes to ensure this type of behavior does not happen again,” Rear Admiral Collin Green, who also serves as commander of the NSWC, remarked in a Monday evening email to his forces that was later obtained by the Associated Press.

Sputnik reported earlier this week that NSWC officials had launched a probe into then-circulating videos that depicted a “Kaepernick stand-in” being attacked by up to four dogs during a 2019 fundraiser event.

While the museum functions as an independent, 501(c)(3) nonprofit organization, Green revealed in the email that the NSWC has “been inextricably linked to this organization that represents our history.”

“We may not have contributed to the misperception in this case, but we suffer from it and will not allow it to continue,” he said. Green revealed, presumably following the NSWC investigation, that “the participants were contracted employees from outside the [Department of Defense].”

“Each and every one of us serves to protect our fellow Americans - ALL Americans. Even the perception that our commitment to serving the men and women of this nation is applied unevenly is destructive,” the NSWC commander remarked.

Kaepernick, who was recently announced as one of the five recipients of the Robert F. Kennedy Ripple of Hope Award for 2020, led a protest movement that began in the National Football League (NFL) in 2016 but later penetrated other sports and the broader American culture.

Though the demonstrations of kneeling during the playing of the national anthem before NFL games were a peaceful protest of police brutality against Black people, they have been construed by many, including US President Donald Trump, as acts of disrespect to the American flag and US service members.