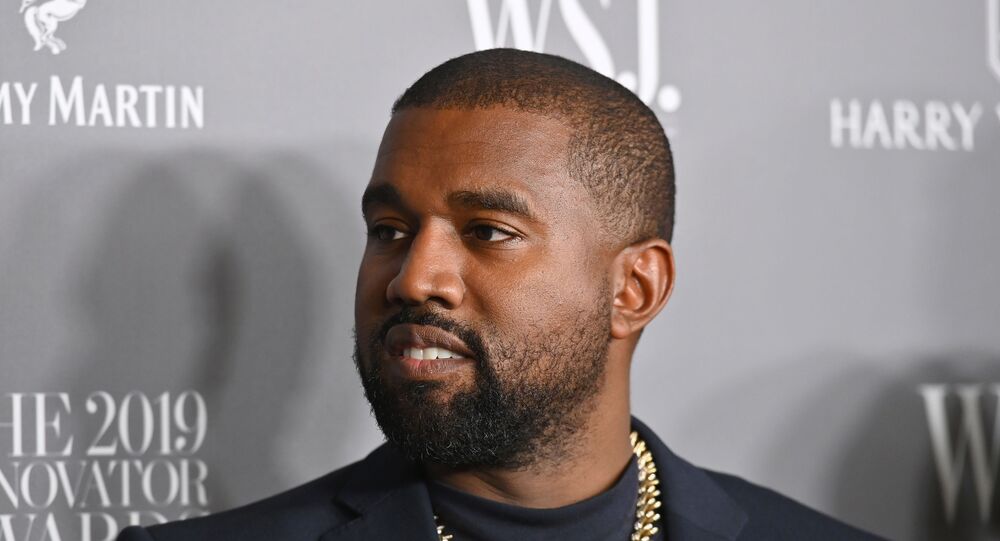 Despite missing the deadlines for filing the signatures and documents required to be included on the November ballots in several states, Yeezy hasn’t given up on his hope to win the White House and is pushing forward with his presidential campaign.

Two of Kanye West's latest filings with the electoral institutions of Vermont and Arkansas name self-described "biblical life coach" Michelle Tidball as the late entry candidate's running mate. At the same time, she was strangely absent in the documents filed by Ye's team in West Virginia.

Tidball was also written in as West's running mate in his earlier Missouri filing and Ye mentioned her as his vice presidential pick in an interview with Forbes just days after announcing his presidential bid on 4 July. But at the same time, the "biblical coach" herself has never officially confirmed that she will be West's running mate.

The past few days have seen several victories and defeats for Kanye West's erratic presidential campaign. His team managed to collect all the necessary signatures and documents in time in Vermont, West Virginia, and Arkansas - filing them 15 minutes before the deadline in the latter, as was also the case in several other states. The electoral authorities, however, still have to verify the signatures, meaning it is still not guaranteed that he will wind up on the ballots in these states.

© REUTERS / RANDALL HILL
Kanye West Reportedly Focusing on Swing State Ohio in Run-Up to Presidential Polls
At the same time, West missed the deadlines in Kansas, New York, Nebraska, and Maryland, with these states comprising a combined 50 electoral votes in November. Still, Yeezy will need some of these votes if his hopes for winning as a write-in candidate are to come true.

West himself appears to be optimistic about his chances, despite missing the filing deadlines in numerous states, claiming that he is able to outpace presumptive Democratic nominee Joe Biden. With his nomination of Tidball, West has at least in a way already outpaced Biden, as the latter has not yet announced his choice for running mate.