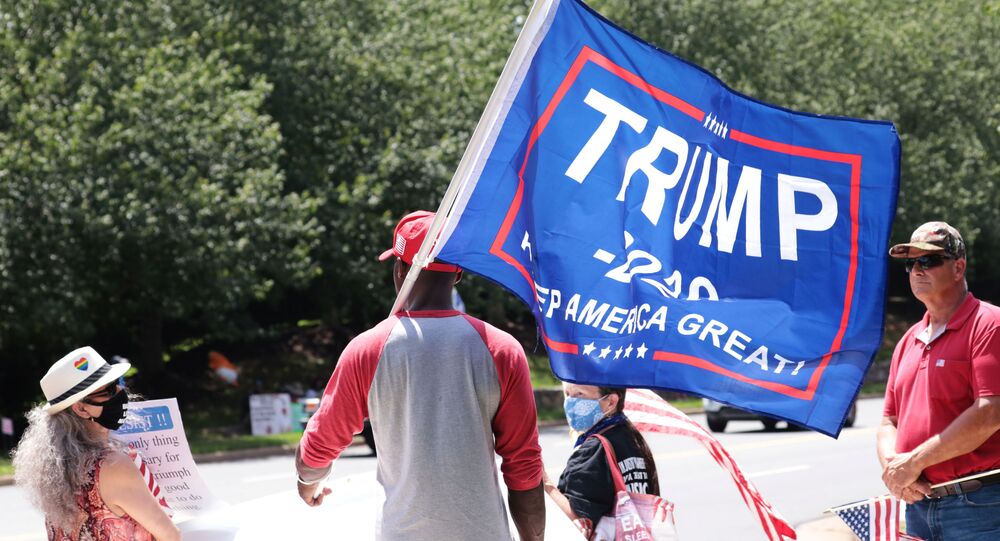 In his rejection of mail-in voting in the upcoming US presidential election, Donald Trump has claimed that it will "rig" the contest, and suggested moving the date of election. His idea was met with opposition, however, by both sides of the political aisle in Congress - the only body legally able to move an election.

White House Chief of Staff Mark Meadows said Sunday on the CBS "Face the Nation" program that the US presidential election will be held on 3 November, as planned, asserting that "the president is going to win".

“We’re going to hold an election on 3 November and the president is going to win,” Meadows said, claiming that Trump, after earlier suggesting to move the date, was instead expressing his concern about mail-in voting.

When asked whether it was irresponsible of Trump to float the idea, Meadows, not answering directly, suggested that if mail-in ballots were used by 100% of voters, the election results would not be known until 1 January.

Meadows' assertion that the election will not be moved was later echoed by Trump campaign adviser Jason Miller on Fox News Sunday.

Miller then implied that "these Democratic legislators" were trying to move the date by expanding mail-in voting measures amid the COVID-19 pandemic.

Expressing concern that mail-in voting could result in "voter fraud" and "rig the election", Trump suggested several times that the election date be pushed back "until people can properly, securely and safely vote", while insisting that he supports absentee voting.

After meeting criticism from both Democrats and Republicans over the idea, Trump backtracked to claim that he wanted the election to take place as planned. The US Congress - the only body with the constitutional power to move the election date - opposed the suggestion, pointing out that the president does not have the power to change the date of the election and noting that no presidential election has ever been changed in the history of the United States.

Mail-in voting has been offered in many states as a safer option for those who wish to avoid election day crowds in the midst of a pandemic. Denounced by Trump as potentially leading to "fraudulent" results, mail-in ballots are widely supported by Democrats.

Delay the Election? Trump's Trial Balloon is Shot Down