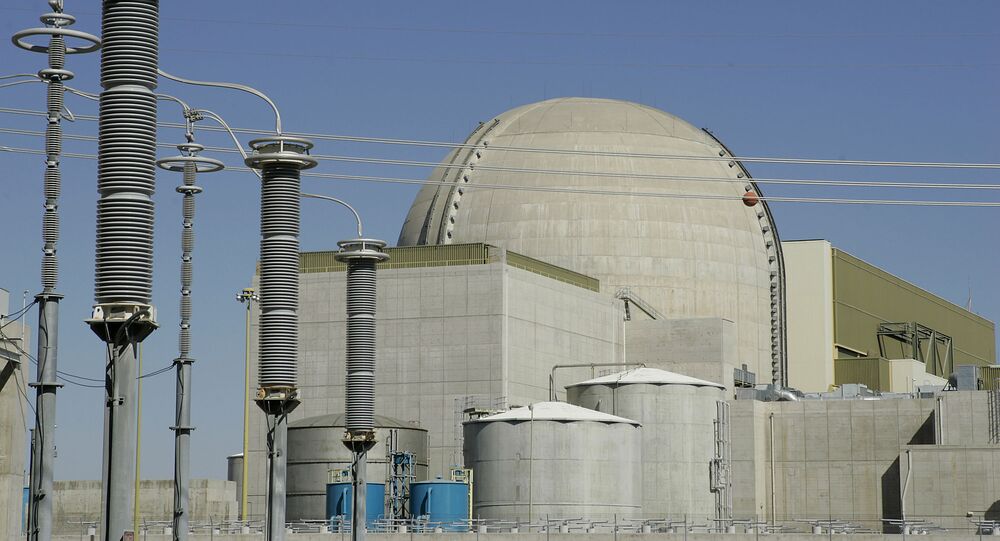 The incident took place last year, and has led to heightened fears about the security of America’s energy infrastructure.

A tiny armada of between four and six unmarked drones flew over the Palo Verde Generating Station nuclear power plant in Arizona on the nights of September 29 and 30, 2019, with plant security proving unable to stop them and authorities still uncertain who was operating them or why.

Details about the incident were uncovered in a trove of documents released by the Nuclear Regulatory Commission after Dean Johnson, a researcher with the Scientific Coalition for Unidentified Aerospace Phenomena Studies, put in a Freedom of Information Act request with authorities.

During each incident, the drones reportedly flew through the secure perimeter, over the gates and into the plant proper, after which they hovered over the facility for some time before leaving.

In the documents obtained by Johnson, it’s specified that on September 29 at about 8:50 pm, security reported spotting five-six drones measuring about two feet in diameter flying about 200-300 feet over the plant, with red and white indicator lights flashing and spotlights turned on during approach. The lights were then turned off, and the UAVs idled near Reactor 3 for over an hour before leaving the area.

On September 30, at 8:51, four drones returned, with spotlights turned off this time, and again remained in airspace over the plant for some time before vanishing.

Documents indicate that the local sheriff’s office was notified about the incident, and searched for the drones and their operators in the vicinity, but turned up empty-handed. The FBI, the Federal Aviation Administration and Department of Homeland Security were contacted.

The Palo Verde NPP generates about 1/3 of all of Arizona’s electricity, and in addition to customers in that state, exports part of its juice to New Mexico, Nevada, California and Texas.

Speaking to the Arizona Republic newspaper about the incident, Palo Verde site services vice president Mike McLaughlin said that “there did not appear to be coordinated movements between the drones,” and noted that their nighttime flight made it difficult to determine their exact number, size or altitude.

© AFP 2021 / HENGHAMEH FAHIMI
Tehran Does Not Believe Blast on Natanz Nuclear Plant Caused by Missile, Drone Attack
McLaughlin suggested that it’s possible that the drones were operating legally, which is why plant security didn’t shoot them down. “There are families and homes around. I don’t want to be the station that unilaterally takes action against drones,” he said.

The FBI reportedly coordinated with the Nuclear Regulatory Commission after the second incident, but the regulator concluded that “there are currently no risk-significant vulnerabilities to nuclear power plants that could be exploited by adversarial use of commercial drones to result in radiological sabotage, or theft or diversion of special nuclear material.”

These sentiments were echoed in the documents obtained by Johnson, with one official writing the incidents off as a “drone-a-palooza” in an email, and Laura Pearson, official in charge of the Nuclear Regulatory Commission’s intelligence and threat assessment branch, writing in another email that calls about the drone incidents would only be handled during regular office hours, and that her staff shouldn’t be bothered about them in the middle of the night.

Not all observers are so nonchalant, however. DroneDJ, a drone-industry related news site, suggested that the large size of the drones indicates that they “weren’t a common off-the-shelf type and were likely something custom made or manufactured for commercial or military use.”

“Let’s say the drones were equipped with explosives or were a kamikaze-style [design] – they could have been able to hit various pipelines and vital areas within the power plant, causing it to slow down energy production at the minimum. If the drones were powerful enough, they could likely knock out a power plant that provides Arizona with 35 percent of its power and supplies power to Phoenix and Tucson, San Diego and Los Angeles,” the outlet warned.

Last year, a massed drone attack on two major Saudi Aramco facilities by Yemen’s Houthi militia temporarily wiped out half of the Kingdom’s oil output. In his analysis of the Palo Verde incidents, Forbes contributor David Hambling suggested that the Saudi attack “should be a wakeup call that such unmanned precision strikes are not just the preserve of state actors anymore.”

© AP Photo
This image provided on Sunday, Sept. 15, 2019, by the U.S. government and DigitalGlobe and annotated by the source, shows damage to the infrastructure at Saudi Aramco's Abaqaiq oil processing facility in Buqyaq, Saudi Arabia. The drone attack Saturday on Saudi Arabia's Abqaiq plant and its Khurais oil field led to the interruption of an estimated 5.7 million barrels of the kingdom's crude oil production per day, equivalent to more than 5% of the world's daily supply.

The War Zone similarly warned that the events highlight concerns about the dangers of a potential “adversarial attack” involving small unmanned aircraft and the need ensure that there are adequate defences against them. The outlet blasted the helpless "and even cavalier attitude” of those tasked with ensuring security at the nuclear plant, suggesting the incident “serves as an alarming and glaring example of how neglected and misunderstood this issue is.”

What Were the Drones Doing?

© CC0
Damning Docs Reveal US Agencies 'Quickly Dropped' Probe Into Mystery Drone Swarms
It remains unclear what the drones were doing at the facility. However, Hambling suggested that it may have been intelligence gathering, because a simple test of the plant’s defences could have been carried out using a single drone. “Surveyors use drones fitted with LiDAR, light-based radar, to build accurate three-dimensional pictures of buildings and landscapes with an accuracy of a few centimeters. Others use drone-based photogrammetry, a technique which correlates a large number of two-dimensional images into a full three-dimensional one. Either process requires much longer than a straightforward flyover, which may explain why [they] were there for so long,” the observer explained.

Saying that the intruders may now “have highly detailed maps” of the Palo Verde plant “showing the exact location of every valve, pipe, switch and control,” the Forbes contributor suggested that the plans may have been sold on the dark web, or set aside for later use. “Either way, it is an alarming demonstration of how easily drone intruders can now go anywhere anytime they wish,” he warned.