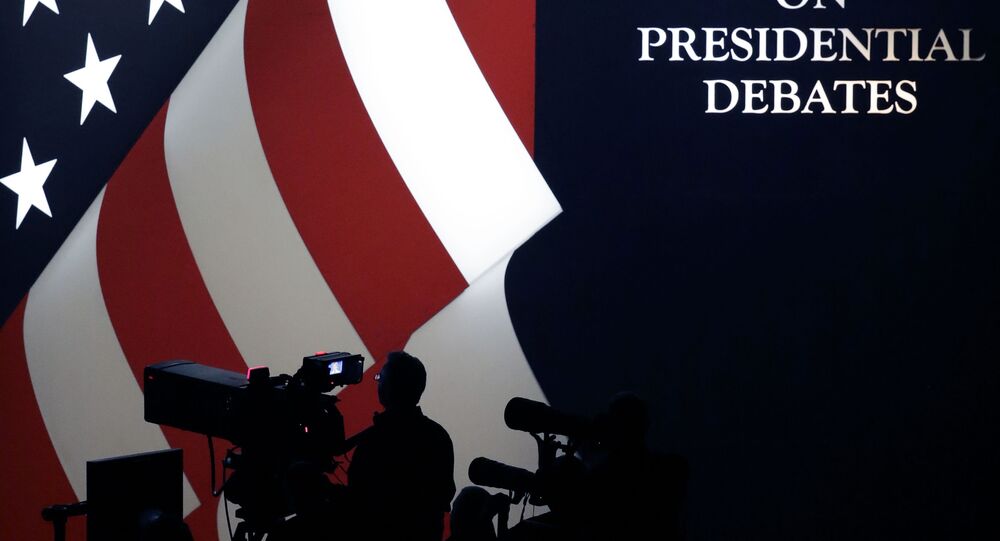 Trump and Biden are currently scheduled to have three presidential debates in the autumn. Trump has unsuccessfully pushed for more match-ups citing the coronavirus pandemic, but Biden turned down the requests.

Democratic strategists and media are calling on Joe Biden to skip the presidential debates with Donald Trump in a shift from the long-standing tradition.

“Whatever you do, don’t debate Trump,” Joe Lockhart, the White House press secretary under Bill Clinton, wrote in an op-ed this week.

Lockhart said it is “a fool’s errand to enter the ring with someone who can’t follow the rules or the truth,” admitting that Biden would likely take heat from Republicans and the media for avoiding the stand-off but that it would be “worth the risk.”

He tripled down on his call during a Saturday appearance on CNN, where he predicted: “The debate will be a spectacle, a circus. Trump is unable to do anything but that. And the circus atmosphere, we know more than anything, helps Trump… I just don’t think that Biden gets anything from entering that circus ring.”

Zac Petkanas, a veteran Democratic strategist and former senior adviser to Hillary Clinton, struck a similar tone, tweeting on Monday that “Biden shouldn't feel obligated to throw Trump a lifeline by granting him any debates at all. This is not a normal presidential election and Trump is not a legitimate candidate.”

My opinion that no one asked for:

Biden shouldn't feel obligated to throw Trump a lifeline by granting him any debates at all.

This is not a normal presidential election and Trump is not a legitimate candidate. https://t.co/xVIKAz3mtL

​There are currently three presidential debates and one vice-presidential match-up – the traditional number – scheduled between 29 September and 22 October. The University of Notre Dame on Monday withdrew as the host of the first debate over coronavirus concerns, and the event was moved to Cleveland.

The University of Michigan earlier withdrew from hosting the second of three Trump-Biden debates, and the event was rescheduled to take place in Miami.

Several articles in left-leaning media outlets in recent weeks have suggested that the presidential debates should be cancelled forever, or that Joe Biden should not square off with Trump, a master of “post-truth” tactics who has very publicly questioned Biden's mental acuity.

For instance, The New York Times last month ran a column urging Biden to skip the debates unless Donald Trump agrees to release his tax returns from 2016 to 2018 and have a “real-time fact-checking team” hired by the non-partisan Commission on Presidential Debates, which oversees the debates. “Otherwise, he’s giving Trump unfair advantages,” read the column.

Trump supporters, meanwhile, said the gaffe-prone Biden would not hold out for too long against the incumbent.

Who else is waiting to see a live debate between Biden and Trump, just to watch Biden’s brain melt in real time?

In December 2019, looking out at a flourishing economy and a tightly-packed Democratic primary field, Donald Trump raised the possibility of skipping the debates because of the commission’s alleged bias. He announced that he would “make a decision at the appropriate time”.

His stance changed dramatically after the coronavirus pandemic left him trailing Biden in various national polls. The Trump campaign in June pushed the commission to add a fourth presidential debate to the traditional three, arguing that some people might vote ahead of the first debate because of the growing use of absentee and mail-in ballots. Trump also suggested that both he and his rival get more influence over selecting moderators (he repeatedly complained about moderators during the 2016 election).

The Biden campaign turned down the request, saying: “We are not going to ride the roller coaster of the ever-changing Trump campaign position on debates, nor are we going to be distracted by his demands.”