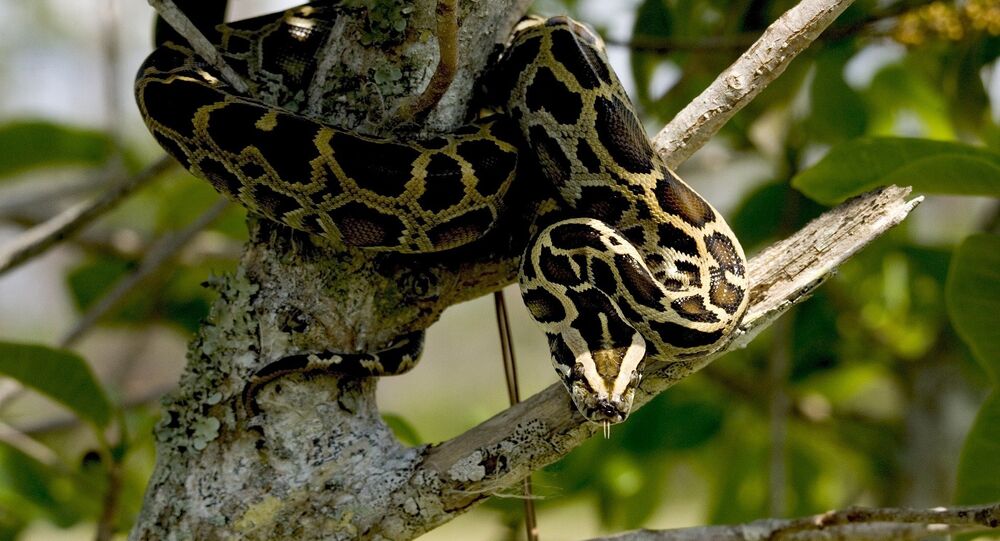 Native to Southeast Asia, pythons were first introduced to the United States as exotic pets, and later the South Florida Everglades swamp became home to thousands of the snakes.

On Tuesday, the Florida Fish and Wildlife Conservation (FWC) Commission's Python Elimination Program announced that in three years 5,000 Burmese pythons had been captured and removed from Everglades.

“We can’t win the battle alone,” FWC Commissioner Rodney Barreto said in a statement. “It’s one team, one mission. We need the support of these experienced python hunters as well as the partnership with the South Florida Water Management District and the ongoing support of Gov. Ron DeSantis.”

In 2017 efforts began to combat the species’ spread as pythons destroyed native populations of possums, rabbits, raccoons and other animals.

According to wildlife officials, such spread of snakes happened due to escaped or released pets, while it is illegal to release nonnative species into the wild.

Pythons population thought to measure in the tens of thousands in the area.