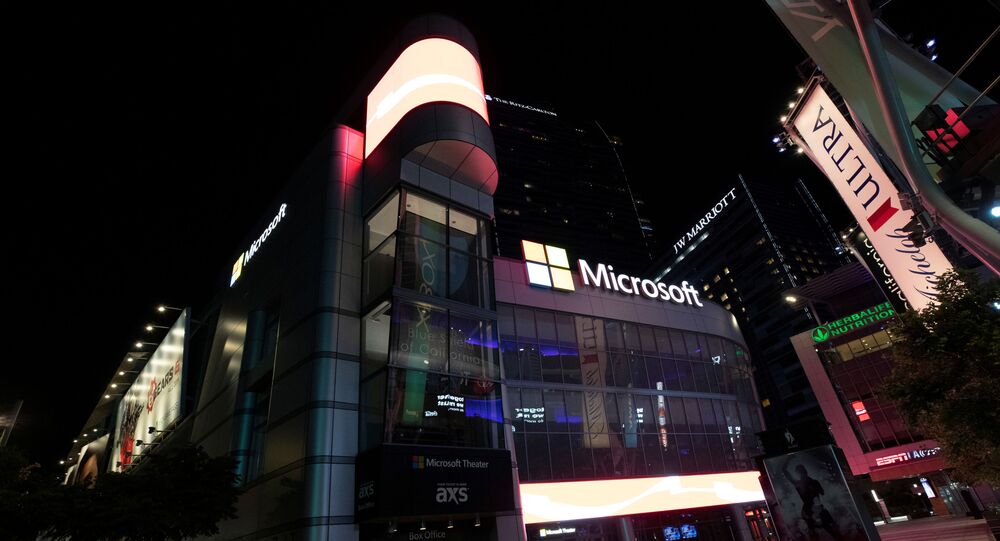 Earlier, US President Donald Trump announced that he would ban Chinese-owned online video platform TikTok after his administration rolled out allegations that the app could possibly be used for "meddling" in the US presidential election.

After Trump announced that he would ban TikTok in the United States, the app's top bosses vowed to add 10,000 jobs to the US over the next three years, but it is unknown whether the promise would have any affect on Trump's intentions, the report said.

The New York Times reported on Friday that Microsoft was considering the purchase of TikTok, so that the app's operations in the US would be owned by a US company, a move earlier believed to meet the standards of the Trump White House. The WSJ claimed that the Trump administration participated in the talks, making it clear that the goal for TikTok was to be “American owned", and the companies were "caught off guard" by the president's declaration to ban the app.

The talks between Microsoft and TikTok, however, are not seen as "dead", although WSJ sources said the companies will seek "clarity" from the White House on "whether [Trump] is planning a separate action that would make it difficult for TikTok to operate in the US".

Earlier, Reuters reported that ByteDance, TikTok's parent company, had agreed to divest itself from the video platform. Commenting on Trump's announcement of a ban, TikTok spokesperson Vanessa Pappas insisted that the company is "here for the long run" and does not "plan on going anywhere", pledging to invest in its user community and contribute to the US job market.

The controversy over the popular viral video platform erupted after the Trump administration alleged that TikTok might "meddle" in the US presidential election and asserted that the app spies on American citizens for the Chinese Communist Party - something TikTok has denied, claiming its independence from Beijing and pointing out that US-related user data is stored on American-based servers.