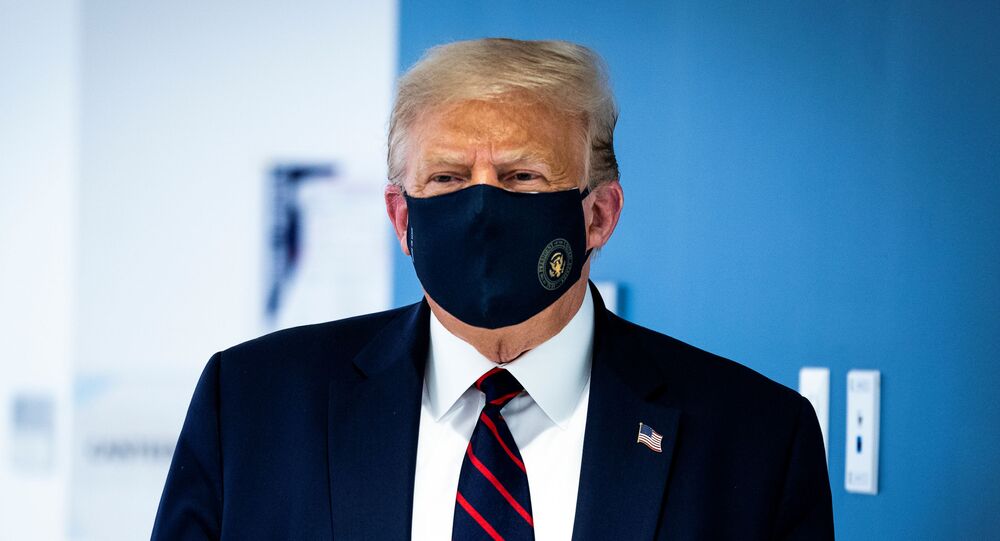 Surgeon General Tells Trump He Looks ‘Bada**’ in a Mask

Donald Trump avoided being photographed in a mask for months, but abruptly changed his stance in July as a second wave of the coronavirus hit the United States.

“You look bada** in a face mask,” Surgeon General Jerome Adams told Donald Trump on Thursday as the US president shifted his tone on wearing masks.

Adams, who was appointed by Trump in 2017, was relaying a message from the president’s supporters in Miami, whom he met with a few weeks ago.

He made the comment during a roundtable at the American Red Cross headquarters in DC on collection of plasma for the treatment of COVID-19 patients.

Trump toured the headquarters ahead of the meeting, wearing a mask as he watched a recovered COVID-19 patient donate plasma. The president also encouraged Americans to wear a mask in crowded places and wash hands.

Trump had long been reluctant to wear a mask in public even as the US Centers for Disease Control and Prevention recommended following the practice for months.

His stance on the matter changed sharply this month. Trump was first seen wearing a mask on 11 July during a visit to a military hospital and has since said it was a “patriotic” to do so.

However, the president still rejects the idea of a nationwide mask mandate, something the Democrats have called for suggesting it could help contain the spread of the coronavirus.

“I want people to have a certain freedom, and I don't believe in that, no,” he told Fox News this month. “And I don't agree with the statement that if everybody would wear a mask, everything disappears.”

Jerome Adams, the nation’s leading spokesperson on public health matters, has backed Trump’s opposition to a nationwide policy and endorsed local mask mandates, saying: “I would rather help people understand why they should cooperate with wearing a mask and how they benefit from it versus simply saying we are going to force you to do it, particularly sending in federal troops and using federal mechanism.”