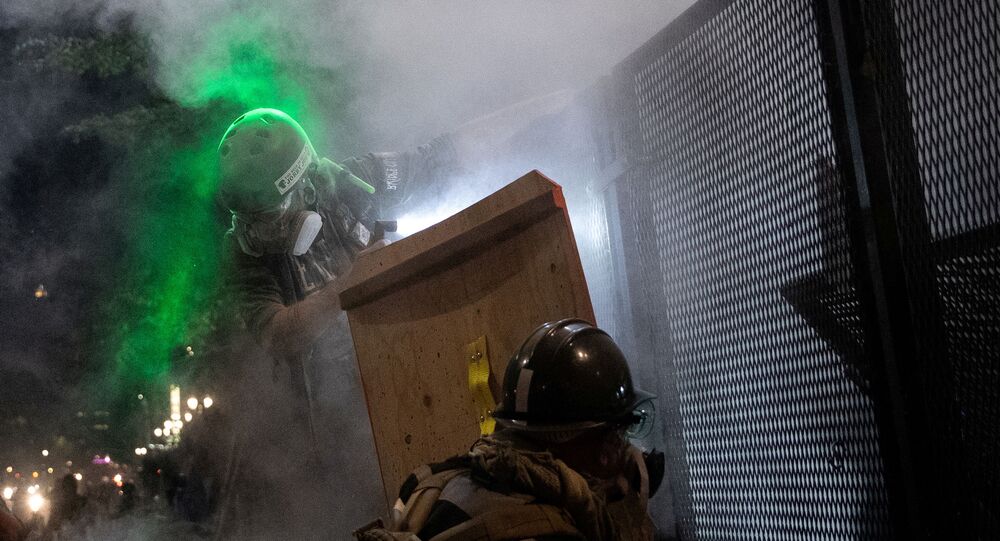 WASHINGTON (Sputnik) - The House of Representatives has added an amendment to a package of appropriations bills that would cut funding to the Department of Jusrice's (DOJ) operations to send federal agents to US cities to quell violence, Congressman Ted Lieu's office said in a press release on Thursday.

“The amendment... will prohibit funds from being used for DOJ’s Operation Legend and Operation Relentless Pursuit, which are being used to send federal law enforcement officers into various cities across the United States,” the release said.

The lawmakers have denounced the Trump administration's decision to send federal law enforcement officers to crack down on protesters, saying that it infringes on their constitutional rights to demonstrate.

However, US Attorney General William Barr said these additional federal resources will not be entirely engaged in countering riots as in the city of Portland, but will help local law enforcement investigate crimes and prosecute individuals.

On Wednesday, the Justice Department announced federal agents will be deployed to the cities of Cleveland, Detroit and Milwaukee to stem a steady rise in violent crime.

The announcement is an extension of the Trump administration’s initiative, dubbed "Operation Legend," to deploy federal agents to combat recent spikes in shootings and murders in cities across the United States like Chicago and Albuquerque.

The increased violence follows weeks of protests against police brutality and racism that have erupted in Seattle, Portland and other US cities after the death of African American man George Floyd in police custody on 25 May. However, many of the protests have turned into riots complete with violence against police officers and civilians as well as acts of vandalism, arson and looting.