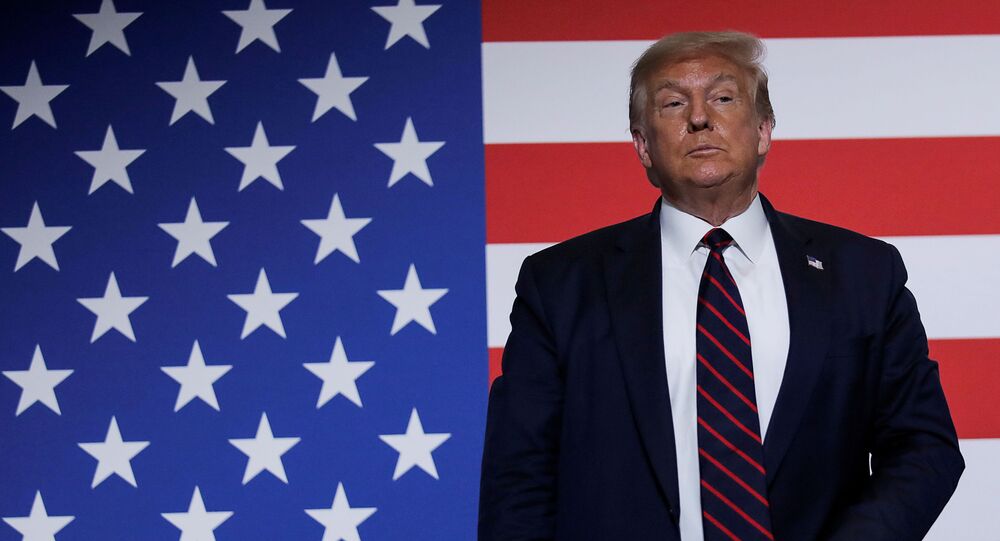 Trump: 'Must Know Election Results on the Night of the Election'

An earlier suggestion made by US President Donald Trump on Thursday to delay the November presidential election was criticized by members of both the Democratic party and the Republican party.

Following a Thursday suggestion made by Trump to postpone the upcoming 2020 US presidential election, the US president argued that he "must know Election results on the night of the Election", expressing his unwillingness to wait "days, months, or even years".

In a tweet posted moments before he bragged that he was "able to get the very dishonest LameStream Media to finally start talking about the RISKS to our Democracy from dangerous Universal Mail-In-Voting", he nevertheless noted that he "totally supports" absentee voting.

Must know Election results on the night of the Election, not days, months, or even years later!

Glad I was able to get the very dishonest LameStream Media to finally start talking about the RISKS to our Democracy from dangerous Universal Mail-In-Voting (not Absentee Voting, which I totally support!).

​Previously, Trump claimed that the vote might fall victim to fraudulent practices due to a mail-in ballot scheme suggested for the upcoming election amid the coronavirus pandemic.

The US president claimed that due to mail-in voting, "2020 will be the most INACCURATE & FRAUDULENT Election in history", suggesting that the 3 November presidential election be postponed until people can "properly, securely and safely vote".

His suggestion received criticism from both Democrats and Republicans. Ellen Weintraub, a Democratic representative on the US Federal Election Commission, observed that a sitting president does not have the power to move the election date, "nor should it be moved", a statement echoed by fellow Democrats including Senators Kamala Harris, Tom Udall, Patty Murray and many others.

Senate Majority Leader Mitch McConnell and House Minority Leader Kevin McCarthy, both Republicans, denounced Trump's initiative, with McConnell saying that the election date has never been moved in the country's history, and McCarthy asserting that the US will "go forward with our election".

Although constitutionally able to change an election date, it is extremely unlikely that Congress would do so, as the House of Representatives is controlled by Democrats who are opposed to the idea. Despite Trump's criticism of mail-in voting, a recent survey by the Harvard Center for American Political Studies (CAPS) showed that at least 70 percent of US voters support the use of mail-in ballots in light of the COVID-19 pandemic.