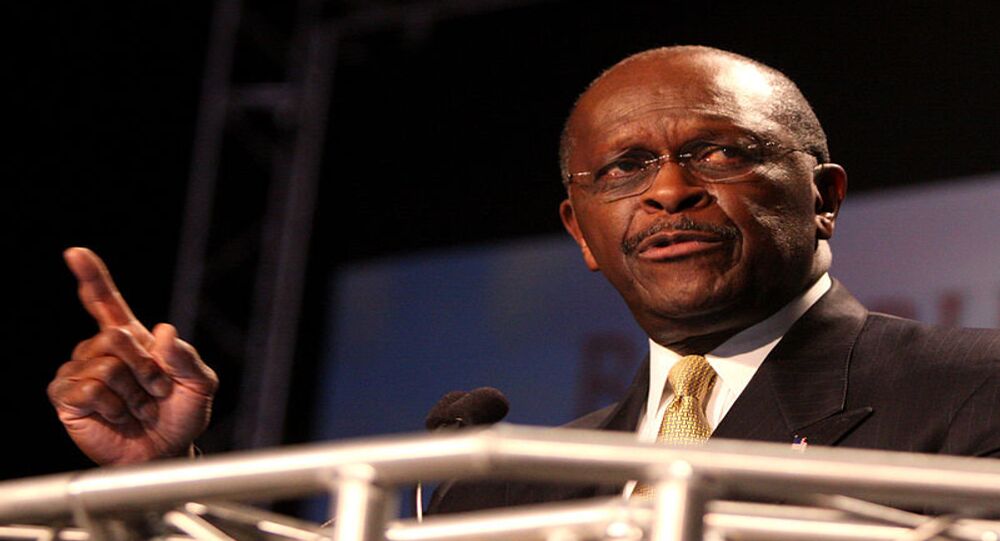 The 74-year-old was diagnosed with COVID-19 in late June after attending a Tulsa rally for Trump's 2020 re-election campaign.

Herman Cain, who sought the Republican presidential nomination in 2012, has passed away after contracting the coronavirus, according to a statement on his official website shared on social media.

"Herman Cain – our boss, our friend, like a father to so many of us – has passed away. He’s entering the presence of the Savior he’s served as an associate minister at Antioch Baptist Church in Atlanta for, and preparing for his reward", the statement read.

Cain tested positive with COVID-19 in June after attending a rally in Tulsa in support of Trump's re-election. This was the first such rally since the beginning of the coronavirus pandemic.​

...the phone with his amazing wife Gloria, daughter, Melanie, and son Vincent to express my deepest condolences to the entire family. @FLOTUS Melania and I loved Herman Cain, a great man. Herman, Rest In Peace! pic.twitter.com/GNUf5jHjX0

The politician was born on 13 December, 1945 in Memphis, Tennessee.

In 2011, he announced his presidential bid and remained a front-runner until he was accused of sexual misconduct - a claim he denied. However, in December of the same year he withdrew his candidacy.